Will Javed Akhtar Set New Benchmarks In 2018? Ganesha Will Tell You 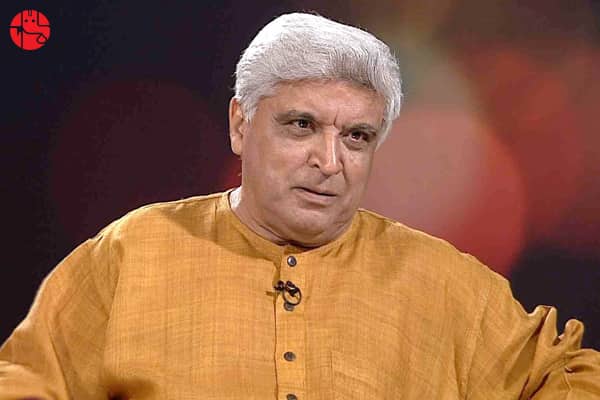 Javed Akhtar was born in Gwalior on 17-1-1945. His father Jan Nisar was a famous and progressive poet, and his mother Safiya Akhtar was a renowned Urdu writer and teacher. Javed was honoured with the Padma Shri and Padma Bhushan award in 1999 and 2007 respectively. The winner of Sahitya Akademi Award and 5 National Film Awards – Javed Akhtar is highly popular amongst movie enthusiasts. He married Honey Irani, with whom he had 2 children, Farhan Akhtar and Zoya Akhtar. But, Javed Javed Akhtar divorced Honey and later married Shabana Azmi. Javed Akhtar’s original name was Jadoo, which was taken from his father’s poem “Lamha lamha kisi jadoo ka fasana hoga”. However, he later adopted the name, Javed. And probably due to this reason, the magical words of his songs have touched the hearts of music lovers. On Javed Akhtar’s birthday, we have analysed his solar horoscope and the position of transiting planets to predict his future for the upcoming year.

He Has Succeeded Despite Difficulties, Courtesy Planets

According to his solar horoscope, the Sun is in Saturn’s sign. Hence, Javed’s early life was very challenging, and he succeeded after working very hard. However, he has become very matured due to various experiences in his life. Javed is highly interested in the field of arts due to the Venus-Moon conjunction, which also enables him to progress in this field. Additionally, the navpancham yog with Saturn increases the possibility of growth. Whereas, he has earned many honours in public life due to the Jupiter-Sun navpancham yog. Besides, he has faced several obstacles and difficulties until the age of 45 due to the Mars-Ketu and Saturn-Rahu pratiyuti as per his horoscope.

Are you facing struggles in your career? Let’s find out when you will get relief.

Numbers Predict A Good Year In 2018

As per numerology, Javed’s date of birth is 17-1-1945. Hence, his moolank is 1 + 7 = 8, whereas his bhagyank is 1 + 7 + 1 + 1 + 9 + 4 + 5 = 28 = 1. This also indicates that his life will be challenging. However, due to the challenges and hard work done in the early stages of his life, Javed has gained lots of popularity and prosperity in the latter part of his life. Further, as the moolank of 2018 is 2, overall this year is likely to be good for Javed according to his birth chart. Javed Akhtar’s year may go good. But what about your life? Do you want your business to surge? Get the Free 2018 Business Report and find the golden guidance.

Based on the position of transiting planets, Javed will get mixed results during this year. As Ketu is transiting over the natal Sun, his popularity and public esteem will decrease slightly or he may feel that something is constantly missing. He should also remain extra cautious about his health. Besides, Saturn’s transit over Mars and Ketu may cause obstacles on the professional front due to his health according to the astrology predictions.

Have you been facing unnecessary expenses or unexpected losses? Find out how experts can help you improve your financial situation.

The period till 3-3-2018 will be moderate for Javed. Whereas the period from 4-3-2018 to 15-6-2018 will prove to be successful, wherein Jupiter will play a very important role. Thereafter till
12-10-2018, he will succeed after working hard. Javed will get new ideas due to Saturn’s transit over Mars and Mercury. Hence, he will make efforts to do something new. The transit of Mars in Scorpio and Sagittarius respectively, between 17-1-2018 to 2-5-2018 will be favourable. However, the conjunction of Mars and transiting Ketu in Capricorn sign till 6-11-2018 may prove to be challenging and cause failure. Anyway, the ending phase of this year will be progressive for Javed. But, he must take extra care of his health throughout the year.

Best wishes to achieve lots of goodwill & honour, and enjoy a healthy life.

Other Related Articles:
1) Mayawati May Regain Popular Hold Over Masses In 2018, Feels Ganesha
2) 2018 Going To Be The Most Challenging Year For Cristiano Ronaldo
3) Planets Support Sakshi Tanwar In 2018, But She Will Have To Work Harder
4) Arun Jaitley 2018 Predictions: Will He Be Able To Push Forward Economic Reforms?