Darsheel Safary: A Star in his won right 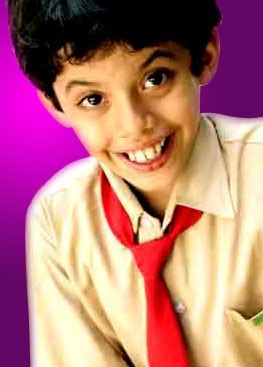 Introduction: Darsheel Safary is the youngest and an award winning actor in Hindi films. He is best known for his highly critically acclaimed portrayal of a struggling dyslexic child in the movie ‘Taare Zameen Par’. The film went on to become the biggest commercial success of Bollywood in the 2007.

Ganesha predicts the success of Darsheel in the coming years.

Born on 9th March 1996, Darsheel has the following planetary positions.

At the outset one finds that neither Mercury nor Venus are in any strong position that make a successful actor.

However, on studying the planets in Navamsa D-9, Ganesha observes that Mercury, Jupiter and Venus are in dual signs of higher intelligence and communication than the other 10 signs. Additionally, Mars is in the Navamsa sign of Venus along with Sun. This state spells success, glamor, fame in acting profession.

Considering Aquarius Sun sign horoscope, when the film was released transiting Jupiter was over its natal position eleventh from the sun indicating success.

This was all enough to lay the foundation of Darsheel’s success. Now looking far into the future Ganesha observes that while transiting Saturn is opposite his natal Sun and Jupiter is in conjunction and then sextile to its natal position, so he will continue to get new films and successes if the same are released within this period, which is, till the end of 2009.

After that Darsheel will remain in news but he may not be able to maintain his reputation of a successful actor.

Ganesha is happy to know that he has kept studies as his first priority and not films.