‘Ranvaani’ Will Be Able To Take The Audiences On A Passionate Ride With Befikre, Says Ganesha 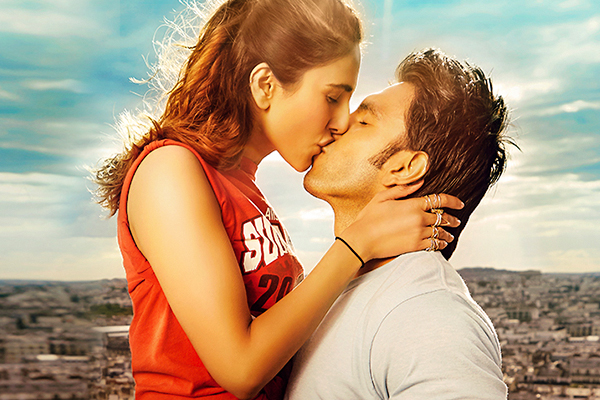 In the past few months, probably no other film has been able to generate as many eyeballs as ‘Befikre’ – the upcoming film directed by Aditya Chopra. The latest offering from the YRF camp promises to be a one-of-its-kind no-holds barred and wacky love story and our highly charged up hunk – Ranveer Singh and the sultry Vaani Kapoor seem set to take our breaths away. In this astrological analysis, Ganesha predicts that the film will be able to emerge as a true-blue entertainer with elements which will enjoy a very strong connect with the youth. But, the film may turn out to be only a one-time watch. Find out why.

The special highlight:
Ganesha notes that the Ascendant Sign of the film’s Release Time Chart and is perfectly in sync with the name of the film as well as the spirit that is being portrayed in the trailers. Sagittarius being a ‘Befikar’ Sign, will help the film to do justice to the concept that the makers are promising.

Mercury and The Gen-Y Angle:
Ganesha says that the placement of Mercury in the Ascendant will help the movie to dramatically draw the young crowds to the theaters. Mercury is a very young planet and represents the young population and its placement in the Ascendant indicates a strong youth-centric story and that the film will be liked more by the younger audience.

Key planets being posited in dignified positions will bode very well for Befikre.

Mars-Venus pairing: Passions running high?
The combination of Mars and Venus indicates that the film will score well when it comes to the intimate scenes between the lead pair. The overall chemistry between Ranveer and Vaani is going to be really sizzling and this aspect will be one of the biggest USPs of the film.

Do not miss:Ganesha Tells Ranveer To Be ‘Befikar’ As Planets In His Chart Are In ‘Mastani’ Mode

Jupiter In the Midheaven: Good success guaranteed
It is to be noted that the Lord of the Ascendant – Jupiter, is placed in the 10th House of success. This factor will help the movie to enjoy a good run and to gain good success. This factor, in tandem with other configurations will help the film to open to packed houses or at least to a considerably strong strength of audience.

Watch out for the performances:
The placement of the Lord of the 5th House in its Sign of exaltation indicates that the movie will not only be glamourous fluff, but it will also have good performances propelling it.

The film will be very well-received in foreign territories and business prospects also look stronger abroad.

Music to enjoy a strong connect
As Venus is favourably placed, the soundtracks of the film will be peppy and may remain on the playlists of listeners for a longer duration.

You may love to read:Venus In Capricorn: Is This The Ideal Time To Chase Your Dreams?

Business prospects:
The film’s business abroad will be very good, as the Lord of the 12th House – Mars is exalted in the 2nd House and it is conjunct the Lord of the 11th House of gains. The business in domestic territories will also be good, and the first weekend will be wonderful for the film’s earnings. The business will be good, but may not be excellent. Moreover, comparatively, the share of business from overseas pockets will be larger.

Just a one time watch?
Though this will be a good film, backed with an interesting story, it may end being only a ‘one-time watch’ and may not enjoy repeat audience.

Ganesha’s verdict:
Considering the overall picture, Ganesha feels that Befikre will be a film with some novel elements and will manage to present the alternative perspective to love with style. But, some areas in the 2nd half may seem a bit boring or a low on entertainment quotient, but ultimately, Ranveer and Vaani may be able to successfully spice up the last month of 2016.

Are you curious how things at your career front will shape up in the coming year. Then, avail our2017 Career Report for FREE!