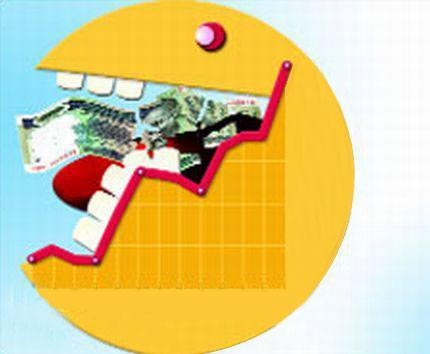 With the Sun showering its fury on everyone, the heat is getting on the nerves. As if the soaring temperature was not sufficiently low, the heat of soaring prices is foaming at the mouth. The highest in the last 42 months, the inflation rise has mounted to 7.61% for the week ended April 26.

Astrological Analysis:
Ganesha analyses the chart of Taurus rising Ascendant with Krutika Constellation. Rahu is in conjunct with the degrees of Ascendant. Mars is posited in second house whereas Jupiter is in Sixth house. Ganesha observes a stellium of six planets in third house.

Mars is considered as inauspicious planet as far as Independent India’s chart is concerned. Being a lord of 12th and 7th house, it remained in second house for six months. On the other hand fourth house was also afflicted by Saturn and Ketu for almost last 19 months. Tenth house should also be considered for political movements and administrative acts of government. Uranus, Neptune & Rahu transited over 10th house for last 18 months.

But Ganesha observes an optimistic characteristic by Dashanath Venus. Independent India is currently under influence of Venus Mahadasha. However it is combust, but the problem of inflation can be solved by the end of Venus-Mercury Mahadasha. The remaining positive characteristic is foreseen during the Mahadasha of Venus-Ketu. On the other hand Jupiter will be transiting from Natal ninth house, says Ganesha.

With the efforts our Finance Minister is taking to minimize both inflation and effects of inflation, lets hope that he succeeds to bring down the inflation before the mercury goes down.