‘The Mistry Mystery’: What Could Have Led To The Ouster Of Cyrus From The Chairman’s Position? 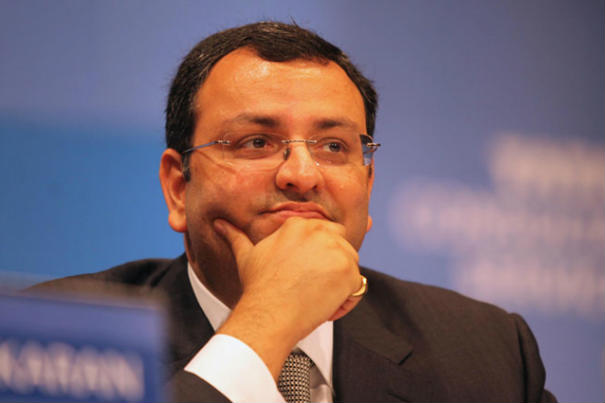 Saturn seems set to make the next couple of years in Mistry’s life turbulent and uncertain, filled with legal troubles. Ganesha also predicts that the upcoming period of around three years may prove to be one of the most ‘eventful’ ones in Mistry’s life as Saturn will be transiting in a direct-retrograde-direct motion between Sagittarius and Scorpio, coupled with Rahu’s hostile transit. This is likely to create a lot of problems for Cyrus making him meet more legal eagles than his family or well-wishers. Read on and find out why all that happened may have happened, astrologically, and what lies ahead for Cyrus.

[Please Note: Cyrus Mistry’s details are based on his Solar Horoscope (Surya Kundli) as his birth time is not available.]
1) What planetary influences may have led to the ouster of Mistry?

Victory Of The Bad Over Good?
Ganesha notes that the heavyweight malefic Rahu is transiting over Jupiter – Lord of the 10th House of Profession as well as the 7th House of Partnerships and Public Image. Jupiter is considered to be the most powerful benefic and Rahu’s transit over such a key planet is acting against Mistry’s interests. And, as a result, he is not receiving adequate support from the company’s management and its policies. Are you facing similar problems in your career? Then, get expert guidance.

The Double Separative Influence:
It is to be noted that the 3rd House and Jupiter are under a ‘double seperative’ influence. One is the transit of Rahu through this House and the other is the aspect of Saturn from a square position. Thus, there was anyway a ‘seperation’ indicated, says Ganesha. The 6th House also denotes matters related to employment. Moreover, Saturn’s transit through the 6th House from Natal Sun and the other three key planets is also not helping either. Have things between you and your business partner been going through a rough phase? Then, know what the stars have to say about your compatibility.

Legal Puzzles:
This transit also indicates legal tangles and complications. The 6th House happens to be the House of legal matters, disputes and court cases and Saturn can cause some harm when transiting through the 6th House from the Sun. Ganesha feels that things may get more complicated once Saturn enters the Sign of Sagittarius.

2) What do the stars indicate about his future?

Confusion And Uncertainty To Loom Large?
Ganesha says that the upcoming year may prove to be one of the most ‘eventful’ periods of Mistry’s life. Saturn will be transiting in a direct-retrograde-direct motion between the Signs of Sagittarius and Scorpio. This journey of the mighty taskmaster is likely to create a lot of problems for Cyrus and thus, he will have to proceed cautiously. Have you been planning to take some drastic decisions related to your business? Then, ask a question to get effective and strategic business guidance.

Saturn’s 30 Month Journey: Time To Face The Challenges
But when Saturn finally enters Sagittarius on the 28th October, 2017, it’s direct aspect on the cluster of planets in the Sign of Gemini may give rise to serious disputes and legal puzzles. Some issues of the past may also come back to haunt him and new allegations may raised against him. Rahu’s transit for about 3 years from 18th August, 2017, would add salt to the wounds.

Jupiter’s Saving Grace Too Mild To Negate Troubles?
Amidst all the adverse influences being created by Saturn and Rahu, the positive influence of Jupiter may prove to be too mild, but yes, it may provide him the necessary respite.

Considering the overall picture, it seems that the big test of Cyrus Mistry has begun. Hence, Ganesha advises him to compromise and move ahead.