Presenting The Astrological ‘Secrets’ About Childbirth 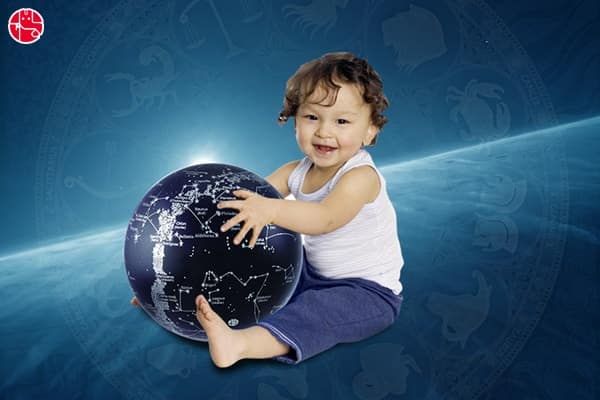 Creation (Beginning), sustenance (Middle) and dissolution (End) form the basis of the chronology (serial order) of existence. And this passage is brought about by the powerful force, Time. Astrology, on the other hand, is the knowledge which can reflect on and predict all the events that take place between creation and the final dissolution (end of the world or Pralay).

The flow of time and it’s unfolding developments, from a human point of view, is the most important subject matter for the science of Astrology. In fact, one of the earliest master astrologers Bhaskaracharya had divided the time into fundamental units. Pran has been considered the basic unit of time. Six Prans form a Vinadi and 60 Vinadis form a Nadi. In turn, sixty Nadis form an Ahoratra (which corresponds to 24 hours consisting of day and night).

The Foremost Sanskara In The Scriptures Relates To Childbirth

The scriptures of Astrology have emphasized on various human activities to make these activities more effective and useful. They have mentioned in particular 16 prominent sanskaras (rituals) apart from 40 other not so important sanskaras. The first sanskara of all these relates to human impregnation (the conception of the unborn child (foetus) in the womb), which has been considered very important, as per the childbirth astrology. Thus, it is significant to ensure that the conception process is carried out in the best possible manner. We get secure when we beget children. We feel incomplete if we don’t have children. Are you facing any problems related to childbirth? Buy the Child Birth Related Problems Report and get your problems solved.

The Importance Of Childbirth

An interesting example has been given to explain the importance of human impregnation and childbirth It is said, just like the fertilization of plants and trees result in the marvelous flowers and fruits, so also a child is the gift coming out from the fertilization process of the human female. Moon is the astrological basis for the cycle of menstruation in females while Mars also plays a role as per childbirth astrology.

Astrology To Rescue You From Childbirth Problems

If the reproduction act is carried out keeping in mind the planetary positions, then it can result in a good, healthy and an intelligent child. This point becomes all the more important if the process of childbirth is experiencing some hurdles or difficulties These difficulties in childbirth may happen if your Lord Planet is not in a good position. It is the fifth house which impacts the process of childbirth, etc. For predicting childbirth through Astrology the first, fifth and ninth houses or their lords of the horoscope are analyzed. The Ascendant, Navamsa and Saptamsa divisional charts are considered and the both houses fifth and ninth are observed for the birth of the child but what about the timing of conceiving a woman.

Seers Had Explored Methods To Beget A Healthy Child

Besides, the ancient seers (rishis) and people of wisdom had carried out extensive research work to find the right ways to beget a good and healthy child. They had explored the cycles of nature and various other aspects to find out the ways and means of getting the right child through childbirth. We want our children to be good human beings. For that to happen, our rearing should be good. If you wish to judge and analyze how are you bringing-up your child, buy the Parenting Profile Report.

About The Auspicious Days In The Female Menstruation Cycle

The Variations In Chromosomes

In the odd number nights, Y chromosomes will not be active while on the even number nights Y chromosomes are likely to be active. That is why, according to vedic astrology, the chance of a boy’s birth at the time of childbirth is more likely on even number nights, while a girl is more likely to be born when the insemination takes place on odd numbers nights. Children are our most precious belongings. Are you interested in judging your child and making his/her life more convenient? If yes, buy Your Child’s Astrology Profile Report.

The development of unborn child inside the womb is influenced by planets such as Sun, etc according to childbirth astrology. The order of development of the unborn child inside the mother’s womb is as follows: fusion (between the male sperm and female ovum) and initial development of the fused cell takes place in the first month; in the second month, the early formation of skeleton system begins to happen; different parts begin to take shape in the third month; bones begin to develop in the fourth month; skin starts forming in the fifth month; in the sixth month, hair begins to develop; consciousness enters the unborn child in the seventh month while in the eighth and ninth months, the unborn child begins to use the food eaten by the mother through his/her umbilical cord (the connection between the mother and child before birth).

The Important Rituals For The Unborn Child

Planets And The Process Of Unborn Childs’ Development

Besides, the different planets which are helpful in the successive stages of the childbirth too have been mentioned in astrology. Venus during the first month, Moon in the second month, Jupiter is for the third month, while Sun, Moon, Saturn, Mercury are for the remaining months (fourth to ninth). On the other hand, Sun controls the 10th month (when labour pain begins). Also, specific days and planets have been considered auspicious for insemination (Days: Shashti, Ashtami, Chaturdashi, Amavasya, Purnima, etc; Planets: Uttara, Falguni, Hast, Anuradha, Rohini, Swati, Shravan, etc).