Sharapova will make a roaring comeback after being let off the hook post September 2017, predicts Ganesha 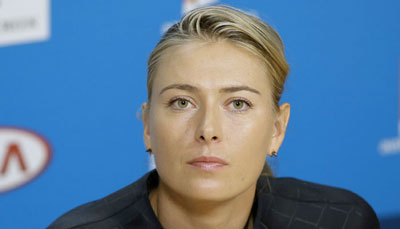 Banned from tennis for two years for failing a drug test early in 2016, Maria Sharapova, was born in Russia but has been a US resident since 1994. She has been ranked world No. 1 in singles by the WTA five times. She is one of 10 women tennis players, and the only Russian, to hold a career Grand Slam. She also won an Olympic silver medal for Russia in 2012.

The winner of 35 singles titles and five Grand Slam titles, Sharapova fell from grace when she revealed she had tested positive for meldonium, a substance banned by the World Anti-Doping Agency (WADA) at the beginning of 2016. However, Ganesha feels she will redeem herself emphatically by making a superlative comeback post the ban.

Sharapova has Saturn retrograde in Scorpio and the transiting Saturn is currently moving over the Natal Saturn. The “Saturn Return” phase proved to be a very intense phase for her. It reveled her deep-dark side and tarnished her public image. It is a major transit for her, and it will be a lot more intense due to Mars’ prolonged stay in Scorpio. Saturn-Mars conjunction in Scorpio has brought everything in her life into question.

Also, she is passing through the Sade Sati period. Saturn’s Sade Sati can be a distressing and struggle-ridden time combined with delays and disappointments. In this context, the period till February 2018 will remain stressful for her. However, the transiting Jupiter will keep working in her favor. Hence she still has some hope to get some relief while she is going to appeal the two year ban with the sports tribunal.

The transiting Saturn in Sagittarius may remain adverse for the tennis diva. So, her comeback path could be rather difficult. However, the transiting Jupiter in Libra after September 2017 will provide her ample support during the most difficult time of her career and will also provide her a chance to redeem herself. She will make a captivating return to the tennis court after getting off unexpectedly. She will narrate a tale of her own by winning major tennis tournaments, particularly during 2018. The Russian will redeem her reputation by making a compelling return to the tennis court.