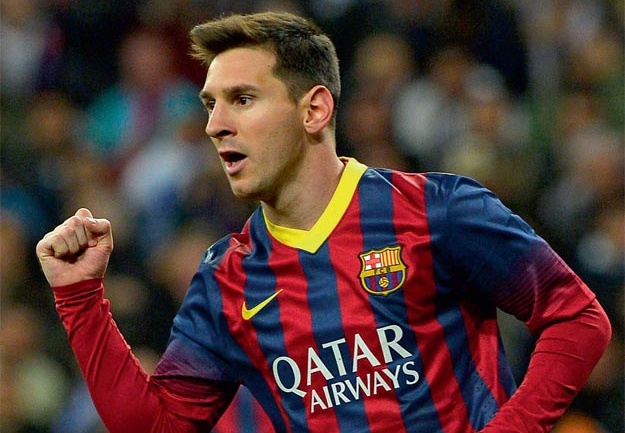 Who doesn't know Lionel Messi! He is so famous that a person from a place like Honolulu would also be able to tell a few things about him! The star footballer, in-spite of his excellent performances has been in the news for the wrong reasons from a few days. People are allegedly criticising him for not putting up a great show in the National Side, in the way he does for the super-famous Spanish Football club- FC Barcelona. In a more unfavourable turn of events, during the match between Argentina Vs. Chile, some irate fans heckled and misbehaved with the family members of Messi. Such is the level of discontentment amongst some of the fans of Messi- who is considered to be the Colossus of Football! What are the planetary factors that contribute to the greatness of Messi and what makes such a great player as him also go through such a painful phase, that he is currently in, despite his personal brilliance? Ganesha presents some in-depth analysis and answers to the concerned minds of all the fans of Messi. Let's tag along with Ganesha on the Astrological Ride....

1) What are the planetary configurations that bestow upon him such a high status and such great glory?

Ganesha says that without the grace of God and without some special planetary combinations, a person cannot rise to great heights in life, and Lionel Messi definitely has a lot of great combinations and Rajayogas in his horoscope. Let's take a look at some of the Rajayogas and highlights present in his chart which bestow upon him a lot of grace and provide him the required arsenal to make it big:

(i) There is a conjunction of the Lords of the Ascendant (Personality) and the 3rd House (Sports, Courage, Self-effort, Skills and Action) - Venus and Moon respectively, and that too remarkably in the sign of Taurus, which happens to be both- the own house of Venus and the exaltation point of Moon! Thus, the 3rd House and the Ascendant are highly prominent in the Chart of Messi, giving him great capability and skills, says Ganesha.

(ii) Adding more power and direction to the above combination is the placement of Saturn – the Yogakaraka in the 7th House! He is both the Lord of a Trine (9th House) and a Quadrant (10th House) and he is placed in a Quadrant- the 7th House. So this is a Rajayoga in itself and Saturn is making sure that the beautiful combination taking place in the Ascendant gets a proper outlet and the appropriate exposure. Venus and Saturn are very friendly with each other and they both are aspecting each other. So, in short this planetary association between the Lords of the Ascendant, the 3rd House, 9th House and 10th House is one of the highlights in the Horoscope of Lionel Messi and we can observe that the Synergy between the Lords of the aforesaid Houses is resulting into producing one of the finest ever players of a game which requires extreme skill and calibre. This will be one of the instrumental factors, which will make sure that Messi is established as one of the greatest players. He is destined to become an enduring Legend in the world of Football, Says Ganesha!

(iii) Ganesha also points out to another interesting combination in the 2nd House, wherein, the Lords of two Quadrants are combined with the a Lord of a Trine. Ganesha is referrring to the conjunction of the Lords of the 4th House, 7th House and the 5th House, who happen to be Sun, Mars and Mercury, respectively. Mars is the Karaka of Sports and Physical Strength and Stamina, while Mercury represents Intelligence and Skill, and in the case of Messi, Mercury happens to be the Lord of the House of Performance (5th House). So this union between these three planets is also adding a lot of power to the horoscope. Getting deeper in his analysis, Ganesha observes that Mars is the Atmakaraka in Messi's horoscope and Mars happens to be Vargottama, which means that Mars is in the same sign (Gemini), both in the Natal Chart as well as the Navamsha Chart. So, Mars- the Planet of Stamina, Vigour, Aggression and Energy is providing his great blessing to Messi!

(iv)  Another point which is very interesting about the horoscope is that Rahu is powerfully placed in the 11th House (Fans, Fan-following, Popularity) , in the sign of Pisces- ruled by Jupiter and in the Nakshatra of Saturn (Uttarabhadra), which creates a very unusual positive efffect in the chart as both the House and Nakshatra dispositors of Rahu are Rajayoga Karakas of the chart, as Jupiter is Lord of the crude 8th House and he is placed in another crude House, which is the 12th House. So, Jupiter is forming a Vipreeta Raja Yoga. Saturn, as aforementioned, is the Yogakaraka. So, even Rahu is acting in fabour of Rahu and blesses him with extraordinary popularity and fame, that too all over the world.

(v) Also, Messi has another beautiful Rajayoga – the Budh-Aditya Yoga, a combination between  Mercury and Sun. This Yoga blesses Messi with a lot of Intelligence and a sharp mind, which is required to make those quick-silver moves and sharp manoeuvres in the play.

2) How will his performance be in the coming one year?

Ganesha feels that, the transit of Jupiter post July 2015, aspecting the Jupiter of  his Natal Chart will be giving maximum benefit of its abundant positivity to Messi, but he will be able to give his better performance after January 2016, when Rahu – Ketu will move out of the current unfavourable positions. He will get support from some of his professional associates and will get various chances to shine in the forthcoming tournaments.  The transit of Jupiter  through the Leo sign will be in a Sextile position with Mercury (the lord of the House of performance- 5th House), which will help him t o raise his standards and to emulate the previous glories which he has achieved, Ganesha feels. However , during this time he may face some health issues and this may affect his performance as well, because the transit of Saturn may give its adverse effect during this year. So, he has to pay great attention to his health, advises Ganesha.

3) Will his performance in the National Side improve and come at par with his club performance?

Ganesha observes that Messi, though a Genius of the game and one of the finest players of all-time, has been facing some criticism. Though he has tremendous potential and immense experience, he may not be able to strike gold, owing to the adverse effects of Rahu – Ketu and Saturn. Things will get better and he may be able to regain the spark once again, when Jupiter begins his journey in the sign of Leo, that is from July, 2015.

4) Do the stars favour him to be established as the best footballer ever in world history?

Ganesha feels that he will surely be able to establish himself as the best footballer ever in world history as the stars will be favouring him post 11th August, 2016, when Jupiter will transit through Virgo in the 5th House, (the House of performance) of his Natal Chart. During this transit, Jupiter will be aspecting the Planets posited in the Ascendant, namely Venus and Moon. The Major Period of Jupiter which will be in operation for Messi post 20th June, 2016 till 16 years will prove to be highly beneficial for him and he will be blessed with greater glories.  This period will turn out to be an important and an excellent period of his life as a Footballer on the International level.
Ganesha says that Lionel Messi is surely one of the best players to have ever played the game of football, and even his horoscope is a testimony to this fact. He has several Rajayogas in his horoscope, blessing him with a lot of positive power to shine in life and become prominent in his field.

5) What are the planetary factors responsible for the humiliation that Messi's family had to face from angry fans during the Argentina Vs. Chile match?

Ganesha says that Cheers and Jeers and Ups and Downs are all part of a Successful person's life, but he feels sorry for the way fans misbehaved with the family of the Argentine Stalwart!  But it is clearly the Planets at play, Says Ganesha. Presenting an Astrological Reasoning and Explanation for it, Ganesha says that the current transit of the Retrograde Saturn in the 7th House (Public), the transit of Ketu in the 5th House (Fame and Performance) and Rahu in the 11th House (Popularity) is causing some troubles as the planetary configuration indicates some sort of unrest and dissatisfaction in the minds of his fans and supporters. The 7th House represents Public and Public Life.

Saturn transiting in a retrograde motion in the 7th House is causing troubles on three fronts:

(i)  Saturn is directly aspecting the Ascendant and the two planets posited there in: the Ascendant Lord Venus and Moon. Venus is the significator of Spouse and the Ascendant represents Honour, Prestige, Capability and Efficiency. So due to this factor, Saturn is making the people doubt his capability as a Captain of the National Side and also he is not being able to get the level of Glory that his caliber would suggest.

(ii) Saturn is passing over the Natal retrograde Saturn, and Saturn in Messi's horoscope happens to be the Lord of the 9th House(Honour) and 10th House(Power and Fame). So even these areas are getting clouded. Moreover, Saturn passing through the 7th House indicates some sort of trouble and stress even to Spouse. It is to be noted that whenever Saturn passes over the Ascendant or the 7th House or if he is aspecting the Ascendant, then in such cases he makes the native face a lot of struggle and also frustration. Disappointment even after some effort is one of the signs of such a transit of Saturn and resultantly dissatisfaction ensues.

(iii) Currently transiting through the 7th House, Saturn is aspecting the 9th House (Honour and Social Prestige) and the 4th House (Mental Peace and Satisfaction), so even these areas under pressure. That is why, even though he has been giving his best, Messi has not been getting the required satisfaction from his performances, as a result of which, he has even allegedly refused to accept the Copa America Best Player Award.

On a conclusive note, Ganesha says that the current lows and the unfavourable turn of events for Leo is just a testing time and he shall emerge out of these dark clouds like a Blazing Sun!

Ganesha wishes all the very best to Lionel Messi and hopes that he would be able to bounce back strongly and continue to enchant his fans.
You can also read about Lionel Messi's future life in 2018-19.

With Ganesha's Grace,
Rantidev A. Upadhyay and Aaditya Sain
The GaneshaSpeaks.com Team