Jonty’s year ahead may not be very action-packed, but the Leo may roar anytime soon, says Ganesha… 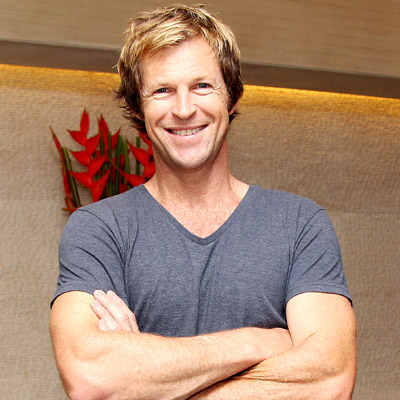 One of the most electrifying and amazing sports persons of all-time, Jonty Rhodes celebrates his birthday today! Very few people would have amazed the world with their ingenious and novel talents in the field of cricket as much as Jonty Rhodes. Talk about the highest level of mental and physical agility both together, quick-silver reflexes, outstanding decision and judgement power, breath-taking action and marvellous anticipation, all these things have been exemplified classically by this man and he has surely memerised almost every cricket lover in the world! Just imagine such a drastic increase of the collective consciousness of the multitudes of the cricket-loving populace towards the area of fielding and this area getting so much of recogntion, importance and attention in the sport of Cricket, more comprehensively, because of the brilliance of this man- Jonty Rhodes, one of the most popular and much-loved cricketers that South Africa or even the world has ever produced! Those stunning and unbelievable catches, those breath-taking and action-packed run-outs, those bird-like dives, that hound-like patrolling of the Point-Backward Point region on the field, when in the fielding side and those mind-blowing singles being stolen from out of nowhere and that lightning fast sprinting to quickly keep the scoreboard ticking- while in the batting side, are some of the best Jonty Rhodes memories that we cherish even to this day! Such was his class and calibre of fielding and his ability to take catches that various experts used to exclaim that “Jonty does not take catches, he manufactures catches!” On his Birthday, Ganesha takes a look at the thorough Leo Genius – Jonty’s Solar Chart and predicts what the year ahead has in store for the ever-youthful South-African Stalwart! Let’s take a ‘dive’ and check out what Ganesha says…

Astrological Predictions :-
1) What are the Planetary Combinations that are responsible for such electric agility, physical fitness and Action-oriented Mindset of Rhodes?

2) Is there a special role that Planet Mars and Mercury play in the horoscope of Jonty Rhodes, as throughout his life, Jonty has exhibited that amazing Martian Spirit and Mercurian Agility?

3) How will the year ahead be for him? Will it be action-packed(like he has always been) or will it be an average year ahead for him?

Ganesha wishes a most splendid Birthday to Jonty Rhodes and hopes that he continues to amaze people all over the world with his Novel Genius.