Know The Power Of Mahamrityunjaya Mantra! 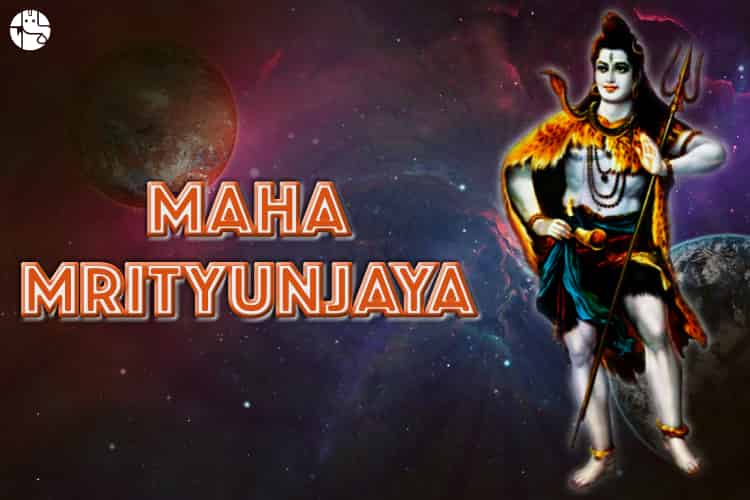 According to the Hindu culture, mantras and japs form the core of any puja and worship. The practice of reciting mantras are mentioned in our vedas. This is mainly done to please the god and deities. Mantras in any form, either by oral recitation or in a recorded version, always mesmerise the devotees. There are different mantras to please different gods. One of the most powerful mantras is the Mahamrityunjaya Mantra. It is also called the Rudra Mantra or the Tryambakam Mantra. The evidence of this mantra is found in Rigveda (RV 7.59.12). This mantra is chanted to please Lord Shiva. If we try to figure out the literal meaning of this mantra, then this signifies conquering death. The verse is also mentioned in Yajurveda ( TS 1.8.6.i; VS 3.60). So What is this mantra exactly?

The mantra should be spelt and recited correctly. Reciting it in the wrong way will not fulfil your desire and may impact you negatively. The Mahamritunjya mantram goes like this.

It means “ we worship lord Shiva, the three-eyed god that is fragrant. He nourishes all the living beings. He will liberate the devotee from death for the sake of immortality like cucumber is liberated from the stem, I will be liberated from death. What is the scope of this mantra, and where it is used.

Let us find out the importance of Mahamrityunjaya jap.

This mantra is recited specifically for lord Shiva. Shiva is considered as the destroyer of this world and the most powerful god of all Hindu gods. He forms the trinity of god with Brahma (originator), Vishnu (operator) and Mahesh (destroyer). Lord Shiva is also called three-eyed power. He is also called the bhole bhandari, the one who gets pleased easily. He bestows the devotee good health and vitality. There are many pujas and mantras to worship lord Shiva that is listed in many Sanskrit literature. Mahamrityunjay Mantra is considered the most powerful mantra of all to please him and get your boon.

It is believed that Mahamrityunjaya mantra benefits include sentimental, physical health, and for the aged on it is a way to reach the moksha and salvation. This is the mantra believed in providing vitality to the native. It is generally changed while smearing the vibhuti on parts of the body and utilities in japa or homa. How does it work? So there is a scientific explanation for this. According to the experts, this mantra releases a string of vibration that ensures the physical and mental balance of the body is maintained. This balance is necessary for maintaining good health. It wards off accidental death, calamities and prevents the untimely demise of the native. It helps to bring the confidence back to the native. Get your free Janampatri analysed and know if you have akal mrityu yog.

Chanting a mantra has a method, and it has to be followed. For this powerful mantra, it is recommended Mahamrityunjaya jap has to be done 108 times. Many of the people use the mala of Rudraksha consisting of 108 beads to count the number of chants. How did we reach 108? The number 1, 0 and 8 represents oneness, nothingness and everything, respectively. This 108 is a very special number.

According to Vedic astrology and scripts, the distance between the sun and the earth is 108 times the diameter of the sun, whereas the distance between the earth and moon is 108 times the diameter of the moon. According to the Hindus, there are 108 upanishads. This 108 is special in most of the mantras and are chanted 108 times. This helps to distribute the power and positive energy around us and protects the native’s health.

Mahamrityunjaya mantra effects are optimum if we follow certain rules. The mantra chanting should be done after taking a bath while seated on an asana. The best time to do it is the brahma muhurta or one and half hours after the sunrise. Chanting this mantra correctly will detoxify the mind and body, remove any negative thoughts from the mind, improve longevity, and increase the concentration level. It is also believed that the malefic effect of certain planets can be negated. What is the story behind the origin of MahaMrityunjaya Mantra?

According to Hindu mythology, there are several stories behind the origin of the Maha Mrityunjaya mantra. One of the most followed is that of Rishi Markandeya, the son of sage Mrikandu. One of the astrologers predicted that Markandeya would have a premature death. Sage Mrikandu advised child Markandeya to worship lord Shiva and thus, this mantra originated.

The second story revolves around guru Shukracharya, the guru of rakshasa. Lord shiva granted this mantra to him as a part of Sanjeevani Vidya.

While a third story spins around the Rigveda, this mantra was composed by Maharishi Vashistha.

Talk To an Astrologer and know more about various mantras with remedial properties!