Will Vladimir Putin Survive Massive Problems And March Ahead In 2018-19? 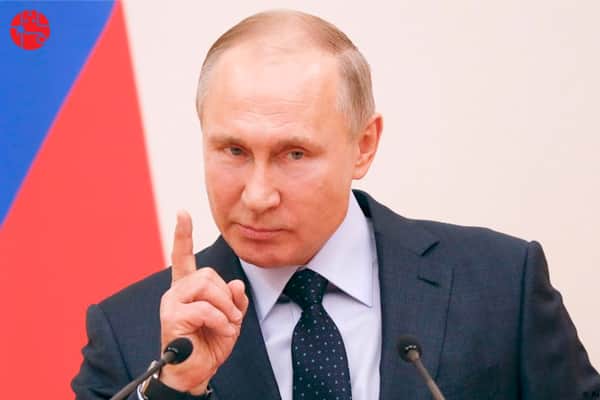 Vladimir Putin won with an overwhelming majority of 76% votes in the recently held presidential election in Russia, which is considered a historic victory. This has raised the eyebrows of USA and other European countries, who feel this election was not fair. Putin is known for his aggressive nature, bold decision-making power and strict policies. Yet, the citizens of his country have given him a massive mandate, which displays Vladimir Putin’s popularity graph to the world. Putin has played an important role in strengthening Russia’s position globally. Hence, we have analysed Vladimir Putin’s solar horoscope to predict his future.

Vladimir Putin’s date of birth is 7th October,1952. Hence according to numerology, both his Moolank and Bhagyank is 7th, which is Ketu’s number.

As per Vladimir Putin’s horoscope, his Moolank and Bhagyank are the same. Hence, he will achieve growth after facing many challenges in his life. Further, the number 7 is Ketu’s number and Ketu provides ingenuity, spirituality and administrative skills. Vladimir Putin began his career with an intelligence agency and currently he is the topmost authority of Russia. The number of year 2018 is 2, which is Moon’s number. As this Varshank is the enemy of both the Bhagyank and the Janmank, Vladimir Putin may face conflicts with other nations during this year. Whereas the Varshank of year 2019 is number 3 which is Jupiter’s number. Hence, 2019 will be prove to be good for Putin as the relationship between Jupiter and Ketu is good.

May Face Obscurity In Public Life

Considering the present time period, Saturn and Mars are passing over the natal Mars, and also forming a kendra yog with the natal Sun. The transiting Sun is moving in samsaptak situation against the natal Saturn, which is causing obscurity in public life for Vladimir Putin. Currently, the European countries are against the Russian politics.

Are you facing problems in relationships? Buy the Remedial Solutions for Personal Issues Report and get them resolved.

Vladimir Putin May Face The Heat From European Countries

Besides this, from 2nd May 2018 to 6th November 2018 Capricorn’s Mars will pass over natal Rahu. Hence, relationship with other countries may get strained during this period. At present, the lord of the seventh house Jupiter is retrograde in Libra and transiting over the natal Venus. This may cause allegations and defamation in public life. Currently, the European nations have started expelling Russian ambassadors from their countries.

But Vladimir Putin Will Steer Clear Of Problems

However, the natal Jupiter is aspecting the transiting Jupiter. Moreover, the transiting Jupiter is aspecting the tenth house, which is the house of the government and ruling party in the horoscope. Hence, Vladimir Putin will not have any problem regarding his prestige, respect, glory and reputation.
Furthermore, after 12th October 2018, Jupiter will transit over the natal Sun, Moon and Saturn, and also aspect the seventh house and the Moon. This Jupiter indicates a peaceful and progressive period for Vladimir Putin (Russia) while dealing with other countries.

Get the guidance to solve your business problems. Avail the Free 2018 Business Report.

His Popularity To Grow In Russia

His prestige, respect and glory will also increase, and his country will progress financially. However, after 8th March 2019, transiting Ketu will pass over the natal Rahu, and the transiting Rahu will pass over the natal Ketu. Hence, Putin will unnecessarily remain anxious and face more challenges. But, despite the conflicts, allegations and defamation, overall Vladimir Putin’s reputation will not get tarnished.