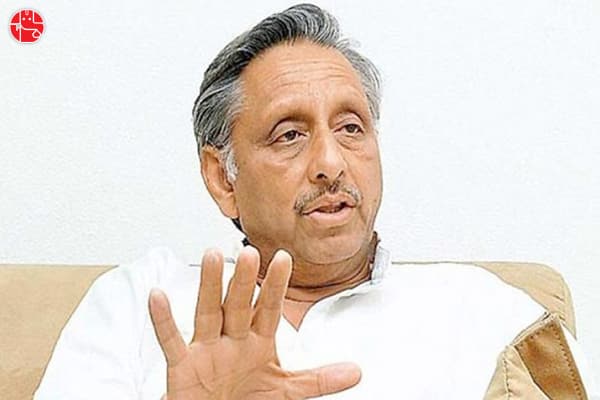 The Indian diplomat-turned-politician Mani Shankar Aiyar is a member of the Congress party, and was a cabinet member from 2004 to 2009 when Dr Manmohan Singh was the Indian Prime Minister. Aiyer is an extremely articulate writer and speaker in English, and has a tendency to say and do things which land him in controversies, with the latest example being his “neech aadmi” remark against BJP Prime Minister Narendra Modi in the midst of campaigning for the Gujarat Assembly polls. The BJP was quick to latch on to the phrase and concluded that Mani Shankar Aiyar used it to suggest “low caste”, and then used it as a political weapon against the Congress. The Congress has suspended Mani Shankar Aiyar, and Ganesha probes his horoscope to find out what is in store for him in the near future. Read on:

Saturn Panoti Can Cause Adverse Affects On Mani Shankar Aiyar

Transiting Saturn has been aspecting natal Moon and Rahu in the 7th house of Mani Shankar Aiyar’s Surya Kundli. This planetary event can be considered as Saturn’s small panoti which may have many adverse impacts on his life.

Aiyar’s Enemies Can Harm His Reputation And Political Career

Mani Shankar Aiyar may have to confront conflicts and losses which could lead him to depression or stress. His dear ones and hidden enemies can harm Mani Shankar Aiyar or his reputation which may affect his political career or social status as per the predictions. He may face serious difficulties in career. Do you want your career to surge ahead? If yes, buy the 2018 Career Report.

Mani Shankar Aiyar’s Fear Of Loss And Rejection Can Aggravate

This could increase Mani Shankar Aiyar’s fear of loss and rejection. Health issues can be aggravated, if any. As natal Moon is afflicted and because he is passing through Saturn’s small panoti, he should think before he speaks as there could be conflicts and arguments which would disturb his peace of mind according to his kundli. Also read about Rahul Gandhi.

This could even make him go through some embarrassing moments. Fortunately, not the whole period of 2.5 years is bad, there is a positive side too, which may probably change the entire scenario according to Astrology.

Further, Rahu and Ketu’s adverse transit denotes problems and difficulties in social and public life. He would not be able to sort this with patience and stress-free attitude. There will be problems at his professional and financial fronts. If you want to know the future of your financial situation, get the Free 2018 Finance Report.

It would affect his health and he would need to take rest more often. He would have to work harder and stay strong in such a period. On the positive side, if Mani Shankar Aiyar uses his wisdom, he may be able to overcome the situation.

All In All, 2018 Will Not Be A Good Year For Mani Shankar Aiyar

Summarily, the major parts of year 2018 can be termed as adverse period as far as his political life and public life are concerned. Some chances of defamation are also expected here. Mani Shankar Aiyar must pay more attention to his health and fitness as natal Sun and Moon both are afflicted.