Will Kim Jong-un’s Actions Culminate Into A Destructive War? Ganesha Has The Answers 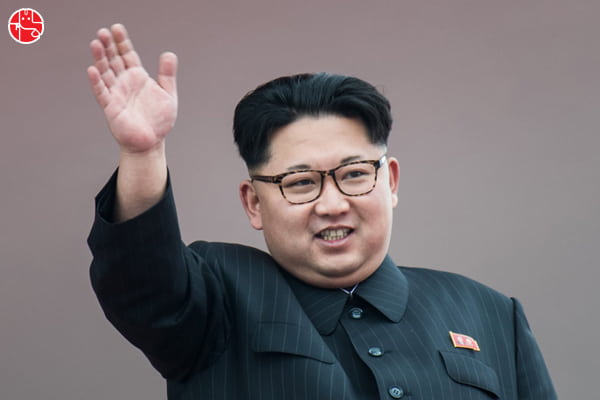 There are very few leaders who have brought the world to the brink of a catastrophic war. Well, Kim Jong-un, the supreme leader of North Korea is one of them. As he carries on with his warmongering postures, war clouds are gathering fast and dense. Every informed resident of the world is highly concerned about this likely war and what repercussions will it have for the USA, North Korea, Japan, South Korea and rest of the world. Ganesha has analysed Kim Jong-un’s horoscope to investigate what the future beholds. Here are the findings:

Kim has Sun placed in the fiery sign Sagittarius with retrograde Mercury and Jupiter. This has made him intelligent, adventurous, ambitious and highly competitive. These characteristics are clearly seen in his behaviour and policies as per Kim Jong-un predictions. His adamant attitude has brought the world to the brink of a catastrophic war. The dynamism of Kim Jong-un is in sync with Capricorn traits, which is his Sun Sign.

As per his planets, he will never shy away from taking any risks. He will never care for the consequences of his actions. He will act as per his whims and fancies. He will not see whether his actions are justified or not. He does not seem to judge his actions on ethical parameters or an inner conscience as per Kim Jong-un birth chart. Kim has built his career without following ethics. But will your ethical standards in profession take you to new heights? Buy the 2018 Career Report and find out.

His Serious Flaw: A Myopic Approach

At the same time, Kim Jong-un is highly focused. This has helped him perform well at the top level according to Astrology It has rendered him great abilities. However, he is also prone to taking things for granted. This is his serious limitation. It can make him myopic and without the ability to see things in their true perspective as per Kim Jong-un future predictions.

He is also quite careless in his attitude and personality. He is courageous but often this courage is in the form of a misadventure. His courage can make him famous in certain situations and for certain people. But his actions and policies invite strong criticism from the bulk of right-thinking people as per Kim Jong-un astrology predictions.

Moon is in the position of Rahu and there are no planets on either side. This has made him restless. It has also rendered him an extremist approach. He has the tendency to push things too far too much. He suffers from the inability to channelise his energy properly as per Kim Jong-un future astrology.

A Case Of Misplaced Priorities

Besides, outer looks and public image mean a lot to him. He gives much more importance to the external factor. Kim Jong-un is not for the inner force. Thus, he does not have enough patience or inclination to see the actual substance. This makes him misjudge his priorities. He gives importance to things which do no deserve importance.

Saturn is exalted and placed with Mars. This makes him seek power and control above everything else in life. He can get too brutal in wanting to achieve what he wants. He has the ability to adapt himself to his audience and situation to accomplish his agenda. Thus, Kim Jong-un holds huge manipulative abilities.

Planets Are Pushing Him To Clash With World Powers

He is currently under the influence of Saturn Mahadasha and Moon Bhukti. This gives him strong abilities and energies. As per this planetary position, he will strongly crave for freedom and will want to break the shackles imposed upon him and his country. This planetary position has significant implications for the current situation. It is the reason why he is clashing with world powers. We may see a harder confrontation between Kim Jong-un and Donald Trump in the days to come.

Kim Jong-un will be more concerned with his image than the more practical issues. Prestige will become more important for him. In fact, he will even be ready to face destruction just to keep up his prestige. His sudden and abrupt actions can disturb the international equations.

Kim’s Frustration May Have Serious Repercussions

Besides, Kim Jong-un will also face frustration and a sense of injury due to non-fulfillment of his desires. This may push him to act in highly explosive ways. Being the chief leader of a de-facto Nuclear state, this development may have serious repercussions for the world. War is a destructive event which retards the national growth. It leads to massive economic losses. But are you curious to know how will your finances fare in future in these peaceful times? Get the Free 2018 Finance Report and know the answer.

Kim Jong-un’s rash and reckless rhetoric may ignite the possibilities of a war in the period between 6th November 2017 and 16th January 2018 and again between 8th March 2018 and 17th July 2018. These phases will be full of danger and Kim may galvanise his nation for a decisive war during this period. He had recently given a strong warning to Trump and the situation may deteriorate with time. It is ironical that India & China have only recently sorted out their standoff and now war clouds are looming large in another part of Asia.

However, the transiting Jupiter also indicates behind the scene actions, negotiations, manipulations and so on. In others words, there will be big efforts to get a full-fledged war avoided.