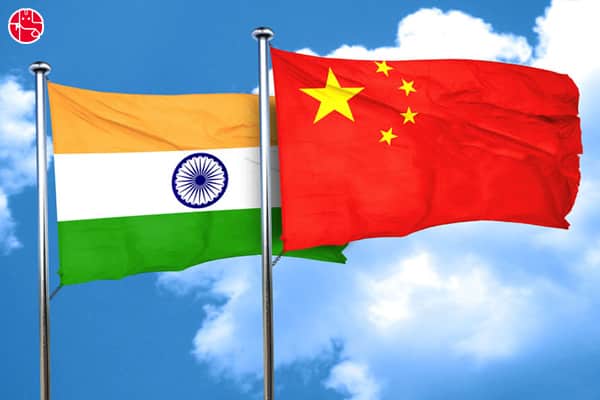 China’s war-mongering postures and the daily vicious provocations of its state-controlled media against India over the Sikkim stand-off are threatening to blow up into an explosive situation, and India, along with exercising the option of resolving the matter diplomatically, has to get ready to apply the military option should the worst come to the worst.

“We Can Change History, Not Geography.We Can Choose Friends, Not Neighbours.”

These are the famous words of the popular former Indian Prime Minister Atal Bihari Vajpayee. Well, these words emphasize the importance of nations to live in peace and harmony. While the wisdom in these words should serve as an inspiration for different countries and ought to become the underlying guideline of international politics, it’s intent is being grossly violated today by our neighbours. This development is creating problems between India and China.

With China adapting a hot-headed approach towards India and inventing fictitious reasons to create a war-like situation, the equation between the two countries looks difficult now. The question doing the rounds now is whether the deteriorating relations between India and China will push the two countries into a war. Well, Ganesha has studied the India China war future. Continue reading to find what Ganesha has analysed astrologically:

Eclipses Will Only Add Fuel To The Fire

India is passing through the Moon major period and Rahu sub-period till 10th August 2018. Moon is placed in the 3rd House (House of Neighboring Countries) and Rahu is placed in the Ascendant, which indicates engagement in border disputes with neighboring countries as per the India China war prediction astrology. Adding to this, the transiting Rahu will enter the 3rd house of India’s country chart on 18th August 2017. Twin eclipses in August 2017 will only add fuel to the already explosive situation prevailing in Sikkim and in other border states. The equation between India and China is very complex. So are the developments in life. We can control our lives in the best manner if we get to know our future in detail. Well, we have that option for you. Buy the Detailed Life Report, know your future and take control of your life.

Cosmos Points To The Aggressive Stance Of China

China is currently under the influence of Saturn major period and Jupiter sub-period). Saturn is placed in the 8th house of secrecy which indicates secret preparations and Jupiter in the star of Sun, 8th house Lord, also points at the hostile intent of China, towards neighboring countries. Mars in debilitation is currently moving over the natal Mars in China’s country chart and indicates aggressive actions by China. Thus there is a strong India China war possibility.

Also, the forthcoming transit of Rahu in Cancer and Ketu in Capricorn can trigger acceleration in territorial disputes. India must prepare to take on the ominous Sino-Pak nexus as well. The planetary configuration indicates that the period till mid-November 2017 will prove to be extremely threatening. Even if diplomatic efforts succeed in avoiding military conflicts, the danger will continue to loom large in the year 2018 as well. Wars are ghastly developments which should be avoided at all costs. They hurt humanity badly and retard the socio-economic growth of nations. They make people suffer financially and professionally. Are you concerned about your profession? You can get the Free 2017 Career Report, know the future of your career and settle your worries.

India Must Get Ready To Face Any Contingency

Mars will retrogressively and directly transit in its exaltation sign -– Capricorn, along with malefic planet Ketu from 02/05/2018 to 06/11/2018. China’s war-mongering actions will again ignite explosive situations along the border. Thus, a war may break out between the two countries more than fifty years after the India China war of 1962. India should be more than ready for possible Chinese provocations. In short, India must lose no time preparing for war-like situations as the stand-off between India and China can take an explosive shape.