Will Bobby Jasoos Give Vidya Balan the Much Anticipated Break? 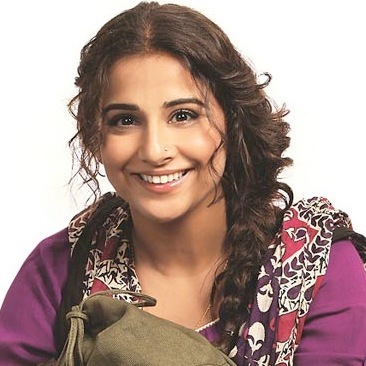 Vidya Balan’s latest release Bobby Jasoos shall also be significant for Balan’s career. The talented actress has not had a hit ever since her marriage. Her last film Shaadi ke Side-effects met with a plenty of criticism, and she too failed to impress the audiences. How high are her stakes with this ‘detective film’? GaneshaSpeaks.com team took a look at Vidya’s Birth Chart. And, following were the conclusions –

How will and much Bobby Jasoos contribute to Vidya Balan’s career?

Answer : Bobby Jasoos looks set to contribute to Vidya’s career in a positive way. As said, she may also receive an award. This film may also be remembered for her performances in multiple shades.

Will Vidya’s career be as spectacular as it was earlier – after Bobby Jasoos, and also after her marriage?

Answer : Bobby Jasoos looks set to contribute to Vidya’s career quite positively. However, a slight dip in her career is foreseen between July 2014 and January 2016, while she would be under the Rahu Ketu return phase.

Despite talent and charisma, Vidya has failed to impress the fashion pundits and fitness enthusiasts. Will the things change in the near future for her?

Answer: Vidya’s Natal planetary positions are indicative that she will keep getting a lot of attention, even in a wrong sense, about her dressing sense, weight etc. but focus on these matters will decrease to quite an extent gradually, and will keep waning till July 2015. However, after this time, when the transiting Jupiter enters the Zodiac Sign Leo, once again ‘Vidhya vogue’ can be expected. This implies that after this time Vidya may be in news for various reasons – right or wrong!

Something about Vidya’s personal life…
Based on the available birth data (that is incomplete i.e. without birth time), all that can be concluded is that Vidya’s marriage may hit a slightly difficult patch during mid of 2014 to the end of 2015. This may also indicate a busy time, where she may not be able to manage her personal and professional fronts, resulting in a conflict of interest. Her Solar Chart indicates that she may plan for kids in 2 years time from now, but then a lot also depends on her husband’s stars.