Sushant Singh Rajput and Ankita Lokhande – How strong is their love equation? 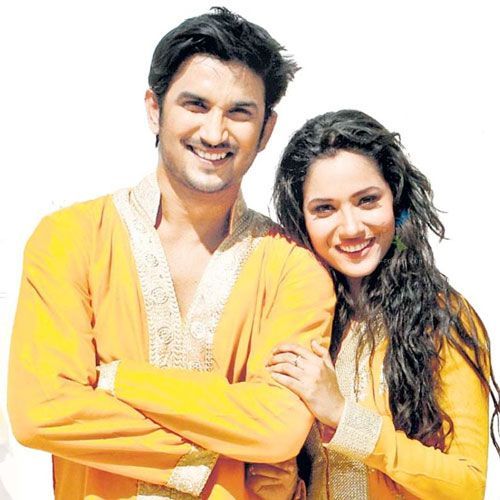 The entertainment world in India is abuzz with rumours that Sushant Singh Rajput and Ankita Lokhande – both well-known television actors, have already tied the nuptial knot, even though they have not officially declared it. That they have been in a live-in relationship is an open secret, though!

Rajput, an excellent dancer too, has acted in Bollywood films, making his debut in Abhishek Kapoor’s Kai Po Che! He also participated in the dance reality show Jhalak Dikhhla Jaa 4, where he finished second. The two – Lokhande and Rajput – have been co-stars in the running-since-long TV serial Pavitra Rishta. The duo has clinched quite a few Best Couple awards for their on-screen chemistry in Pavitra Rishta. Rajput proposed to Lokhande during an episode of Jhalak Dikhhla Jaa 4, from where their real life relationship too appears to have taken off.

Ganesha with the help of Vedic Astrology tries to find out – in the event where they really marry each other in real life – how compatible will their married relationship be? Whether their marriage would be a success? And, how will it influence their respective Bollywood and TV careers?

I. How compatible is the relationship between Sushant Singh Rajput and Ankita Lokhande? What do the Horoscopes of the two suggest?

Ganesha observes that both Sushant and Ankita are born with Venus (the significator of love) in Capricorn. This is the strongest planetary contact point in their Horoscopes. Moreover, Sun and Jupiter are in Capricorn in Sushant’s Chart, falling on Ankita’s Venus. This indicates that Ankita is attracted towards Sushant not only because he is very nice and loving but she is also impressed by him and holds high regards for Sushant. However, both the Charts are indicating that they would be little head-strong, so the couple is going to face emotional high tides and low tides. Though there will be rough patches, unless it comes to their ‘ego’, the relationship will remain manageable.

Also, there are more factors indicating good compatibility between the two. However, Mars is in Libra in Sushant’s Chart whereas Saturn is placed in Libra in Ankita’s Chart. This factor indicates scope of friction between the couple.

Overall – Yes, they are compatible, but their relationship will not be without challenges.

II. It’s said that the two have secretly gotten married? Thus, assuming if they marry each other, would the union be a success – what do the planetary positions suggests?
Ganesha observes that Jupiter – the natural benefic planet – is aspecting Venus in both Sushant and Ankita’s Birth Chart. The time till July 2015 indicates scope for their marriage. Currently, the transiting Jupiter is at 11 degrees of Cancer. This also means that a few months back the transiting Jupiter formed an Opposition aspect with Venus in Sushant’s Chart. This factor indicates that it is highly likely that the duo did get married secretly – the chances of a secret union are quite high, as per the stars. However, Ganesha observes that in Ankita’s Chart, the transiting Jupiter is yet to form an Opposition with her Natal Venus. In that case, February to May 2015 will be the period, during which the couple looks set to announce its marriage in public. They may do so by marrying each other again – publicly this time, feels Ganesha!

III. If Sushant and Ankita do marry each other – how shall their marriage impact their individual careers, post marriage, as per their individual Birth Charts?
Sushant’s 3 planets are in contact with Ankita’s Venus. This indicates that Ankita is going to be benefited much more due to her union with Sushant. Post marriage, both will be able to progress well at their respective career fronts (as actors). But, Ankita is born with Saturn in Libra, which is in exchange with Venus, thus she still has a long way to go, if she is to really make it big in her field.