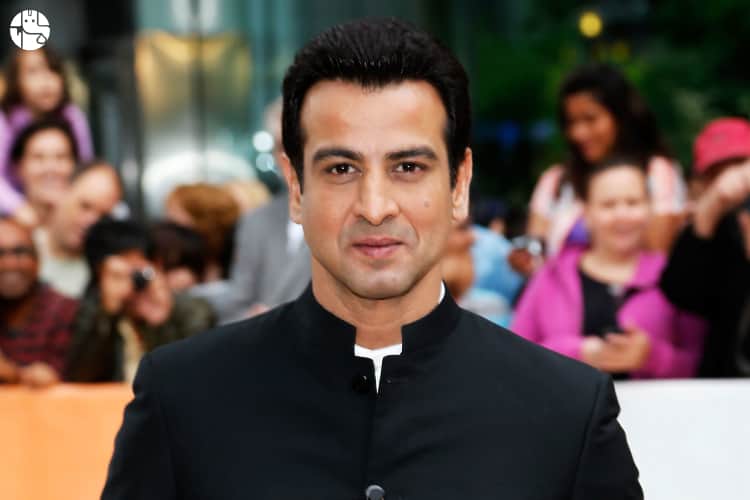 Ronit Roy is a known name in the Indian Cinema and television. He has earned many awards and honors for his terrific performances. He is popularly known as Amitabh Bachchan of Indian television.

Ronit Roy was born in Nagpur, Maharashtra in 1965 and has spent his childhood at Ahmedabad, Gujarat where he did his schooling, post which he took up hotel management and then moved to Mumbai. In his early days, he played the lead role in the movie Jaan Tere Naam, which was a success. His acting career kick-started with the television serial Kammal. It was before the latter had even started that with a stroke of luck, he got a chance to act in Kasauti Zindagi Ki, as Rishabh Bajaj, in an 8-week cameo. His highly appealing performance in it made him an instant hit and he was offered the role of Mihir Virani in Kyunki Saas Bhi Kabhi Bahu Thi, where he replaced Amar Upadhyay.

Ronit Roy’s Horoscope has been strong in terms of his business venture named Ace Security and Protection Agency, where he has enjoyed great success.

Ronit Roy is born under Virgo ascendant and Pisces Moon sign. Ascendant Lord Mercury is present in the second house of speech. Sun is present in the ascendant that gives him dominance. The position of Sun in the first house bestows on him good fortune and progress in life. It is from the Sun that he derives his determination and confidence. He is known to have great thinking skills which play a great role in his success in the relevant fields.

Moon is present in the 7th House and is the source of intelligence and passion. Moon is said to be the strongest planet in Shadbala and is also seen as the Lord of the Gain House. It brings on great success and wealth to him. It is because of the Moon, that he plays a remarkable role in his work and also win the hearts of the people.

Lord Mercury bestows talents whereas presentation skills rest in the Second House. Mercury is the planet for presentations and expression. It is this vital combination of planets which make him highly talented and give him good ideas.

Lord Venus gives him luck and is present in the 3rd House but is in conjunction with Ketu which might bring him some hurdles. These can lead to ups and downs in his career. Saturn being present in its own sign will bring him long term success in his career. The overall combination of the planets thus works in his favor. He will, thus, always enjoy success and wealth.

He turns 59 on October 11, 2019. The year ahead will remain favorable for him. The transit of Jupiter is passing through the 4th House of the chart and it is this house that signifies happiness, wealth and assets. The year will bring in more health and wealth in this way. He will be engaged with more work in the form of web series in the coming period.

He will be inspired to work hard by the presence of Saturn. However, Rahu will transit from the natal Jupiter and may bring on some negative influence. He needs to be aware and alert and not make any negative decisions in haste. Ganesha advises him not to maintain his poise and calm in adverse situations and be more dedicated to the on-going projects. He is also advised to select new projects accordingly.

Ronit Roy’s Kundli, thus, points towards brighter horizons and this 59th year of his life will bring him more success and prosperity. He will also enjoy more success in his work.

Ganesha wishes you a Happy and Prosperous Birthday. May Lord Ganesha shower on your fame, wealth and good health.