Rajinikanth Birthday Prediction: Will he bounce back with Annaaththe? 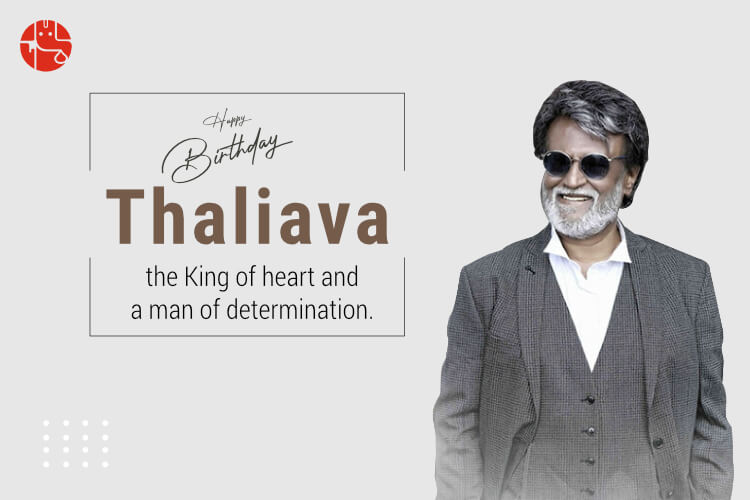 Rajinikanth is quite simply, the biggest superstar cinema crazy India has ever seen. His stylized dialogues and screen mannerisms are legion, and his guy next door-cum-superhero image has found a hysterically appreciative following among millions of moviegoers. No one in the audience, even in his wildest imagination, would have thought this nondescript man, who had won the least attention in the film would ever win over millions of hearts in Tamil Naduor ride the state like a colossus. His sway over the masses would be so intense that he could rewrite the fate of Tamil Nadu politics, exactly two decades after the release of his first film. Now, It’s been 25 years, believe it or not, since the Super Star made his debut with an inconsequential role in a Tamil film. From villain and antihero to blockbuster supernova, the gifted actor has made the most of every outing. And he deserved every bit of the success.

Now, as he celebrates his birthday on 12th December, let’s see what her planetary position reveals about his new ventures and projects based on his Natal Chart.

If you want to know what your planetary positions unleash about your future, delve into free Janampatri Analysis.

As Rajinikanth date of birth is december 12, Rajinikanth star sign is Sagittarius. According to Rajinikanth birth-chart in the coming period, Thalaiva will be under the influence of the significant period of Mercury and the sub-period of Ketu that will end on 30th May 2021, and thereafter the Sub period of Venus will begin. The transiting Jupiter and Saturn in Capricorn would be passing over the planets posited in the 6th house, and then the transiting Rahu will pass over the Sun posited in the 4th house on his Natal Chart.

Do you know how your planets and their transit affect your career in 2021? Find out now with the Career report 2021.

Thalaiva is coming to prove his supremacy again with “Annaaththe”

Annaaththe, the Tamil-language drama period is scheduled to release sometime around Pongal. During this release, he will be under the effect of a significant period of the Mercury (Lord of 11th house denotes benefit or gains), and Jupiter would be passing over the exalted Mars(Lord of the house of fortune). And then aspect the 2nd house of finance and wealth. All this transit would provide him the power for the success of the movies like his former movie. Thereby, he would prove his supremacy as usual. So all the Rajini fans, don’t miss the chance!

Rajini sir is not likely to touch the expected apogee in politics, says Rajinikanth Horoscope analysis.

As the election in Tamil Nadu is scheduled to begin on 16th May 2021, his chances of winning the election are at a medium level. As the placement and transit of vital planets in the chart is missing the aspect of any benefic planets. Moreover, the time when the election will be over, the Sub Period of Venus will begin that is posited in his 5th house (the lord of the 10th house). Thus, in the political career, the expected growth might be missing for him.

Rajinikant will leave not a single stone unturned to win the election.

The Yogakaraka Mars is exalted and aspect 9th, 12th, and Ascendant from the 6th house. During the year 2021, the strong and major transiting planets Jupiter and Saturn might be passing over Mars. This accumulation of significant planets may permit the health of Rajinikanth to campaign with full vigour, confidence, and dedication for the election. He might move heaven and earth to win the election.

Do you want to know which planets combine to create favourable yogas for you in your birth chart? A Personalised Janampatri will help you to know that.

If the money you make stays in your pockets, your life will get spoilt.”

Most of the Rajini Sir philanthropic work and charitable activities go unpublished because of his humble nature. As Saturn stands for doing things secretly, indicates that his social service and chores related to society would go undisrupted without a halt. Rajinikanth’s birthday is on December 12, the current transit of Jupiter and Saturn in Capricorn, the real big guns may play a crucial role by giving a speed to reach the goal of regularly organizing blood donation and eye donation camp. He may be distributing the food to the local community as a social service.

Venus (denotes art, entertainment, acting, etc.), the lord of career and profession of 10th house posited in the 5th house, indicates that Rajinikanth is multi-talented, multi performer, involved in various deeds. The current transit of planets proves that we can see him on a different platform other than Silver Screen in the months to come in the future. The sub-period of Venus begins post-May, 2021, and thus it will bring something new for his lover, fans, and audience.

We wish this mega star Rajini sir a very happy birthday. May he find happiness in everything and live longer than the year.