Micky Virus will not impress the audiences much, says Ganesha 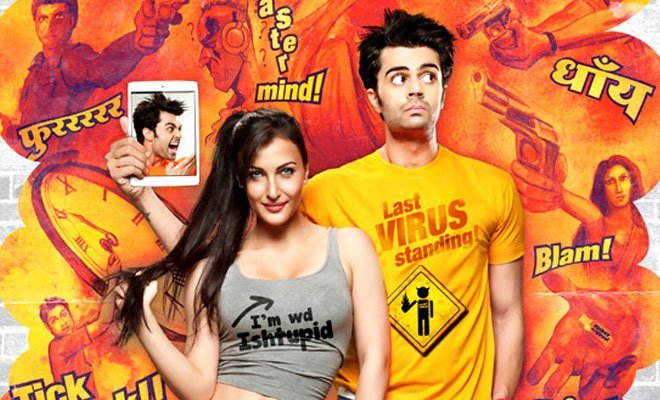 Introduction
Mickey Virus, a Bollywood comic thriller, is all geared up for release on 25th October 2013. Featuring Manish Paul, Elli Avram, Manish Choudhary, Puja Gupta and Varun Bodola as main characters, this flick promises to be somewhat different from the typical love and romance sagas, the predominate theme in Bollywood movies. With the characters having names like ‘Chunteny’ and ‘Floppy’, it gives an indication about the unconventional storyline of Mickey Virus. The story revolves around a lazy day time grocer Mickey, who transforms into a street smart hacker in the night, and doles out Viruses and their antidotes for the anti virus companies. Things take a dramatic turn for Mickey, when the police want his help to crack a hacking case, and the drama beings to unfold subsequently. Another striking feature of this movie would that Elli Avram, the lead heroin of Mickey Virus, is making her debut in Bollywood, but as she is currently one of the contestant in Bigg Boss reality show, she is locked up in the Bigg Boss House and cut off from the rest of the world. This is quite a unique way to make a debut indeed!

Good luck and may Lord Ganesha bless the cast and crew of the movie ‘Mickey Virus’ with success.