How shall Bollywood film Mary Kom Fare at the Box Office 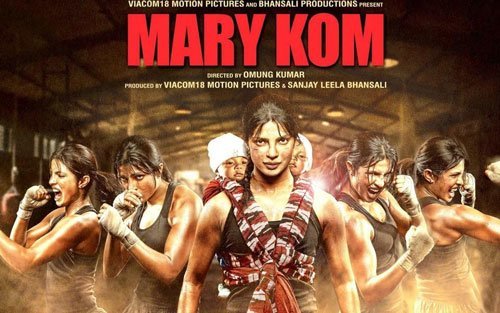 Based on the real life story of the celebrated Indian boxer Mangte Chungneijang Mary Kom, bronze medal winner in the 2012 Summer Olympics, the Bollywood movie Mary Kom hits the film theatres across India on 5th September 2014. Starring Priyanka Chopra in the lead role, as Mary Kom, the biographical sports drama has been directed by Omung Kumar and produced by Sanjay Leela Bhansali. The film is backed by many big names, including Rob Miller of ReelSports, the man behind the sports actions sequences of hits like Chak De! India and Bhaag Milka Bhaag.

Having won the World Amateur Boxing Championship 5 times and appeared in talks and advertisements, Mary Kom herself is a popular figure. She also released her autobiography, titled Unbreakable in late 2013, and has been known to an avid champion of women’s rights. The film’s star Priyanka Chopra has been known to work real hard to physically train to play a boxer and also get her look right for the film. Naturally, the film opens with huge expectations. Here, Ganesha takes the help of Vedic Astrology to look at the Release Time Chart of the film Mary Kom, which premiered at the Toronto International Film Festival 2014, to predict the way ahead. Read on.