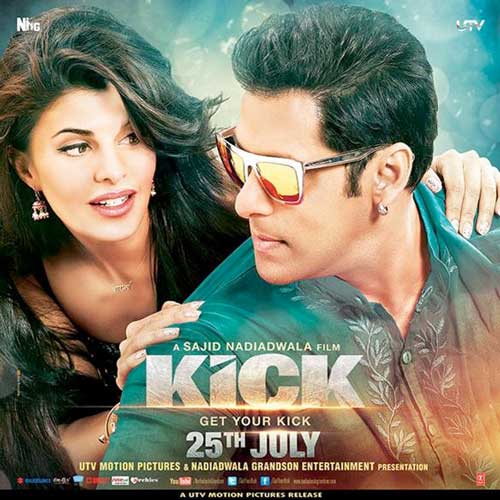 The action-thriller KICK starring Salman Khan is scheduled for a mega release in 5000 screens all over India this Friday i.e. 25th July, 2014 and will also be released in 42 other countries simultaneously, which includes non-traditional markets like France, Germany, Morocco and Maldives. The makers of this film are strongly hoping to cash-in on the EID celebrations by releasing it around the festive time. A remake of the Telugu action-comedy film of the same name, this Hindi film is directed and produced by Sajid Nadiadwala under the Nadiadwala Grandson Entertainment banner. Jacqueline Fernandez, Randeep Hooda and Nawazuddin Siddiqui appear in the supporting roles. Indian cult writer Chetan Bhagat has teamed up with Nadiadwala to adapt the screenplay. The movie will mark Sajid Nadiadwala’s debut as a director in Bollywood film industry, who has already churned out numerous hits such as Houseful, Heropanti, Two States and Highway as a film producer.

Ganesha, with the help of Vedic Astrology, analyses the film Kick’s Release Time Chart to find out how well this film will do at the box office.

In short, Ganesha feels that ‘KICK’ is going to do well at the Box Office.