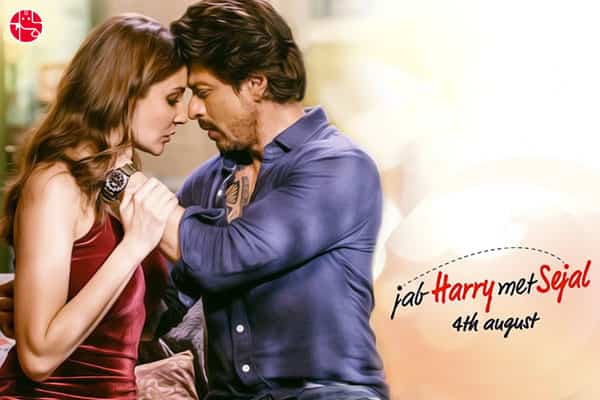 Shahrukh Khan and Anushka Sharma are a terrific combination in the Bollywood, it is said. They have done together super hit movies like Rab Ne Bana Di Jodi (2008) and Jab Tak Hai Jaan (2012) in the past and mesmerised the audience with their superb acting and majestic looks. Well, they are together again in the movie Jab Harry Met Sejal, all set to be released on August 4. The stars of Shahrukh and Anushka are bright. Will your career shine too? Find out your future with 2017 Career Report.

Jab Harry Met Sejal is a romantic comedy which revolves around Harry and Sejal’s journey across Europe. Fans have huge expectations from this movie as also from the two big stars, Shahrukh Khan and Anushka Sharma. Meanwhile, Ganesha has done an astrological analysis to find out whether or not this movie will meet the expectations of the audience. Continue reading to find out more:

Jab Harry Met Sejal To Be Successful In India

Natal Venus is well placed in the 11th house which indicates that the songs and music in Jab Harry Met Sejal will be very popular and create mass appeal. The audience will be largely satisfied with this movie. A section of the audience may even appreciate the movie in a big manner. Overall, Jab Harry Met Sejal is likely to be successful in India due to the favourable planetary positions. Success of this movie in India will mean lot of revenues. But are you concerned about your finances? Brighten your financial situation, get Free 2017 Finance Report.

Shahrukh Khan and Anushka Sharma To Shine In The Movie

When Jab Harry Met Sejal is released, Leo is in the Ascendant and there is presence of two planets in the 1st house. Ascendant Lord Sun is conjunct with Mars in the 12th house. Besides, Moon’s presence is seen in the 5th house. As far as the performance of the actors is concerned, the combination of Shahrukh Khan and Anushka Sharma in this movie will receive huge compliments and praises from the film critics and other evaluation agencies Other actors in Jab Harry Met Sejal will receive moderate acknowledgement and mixed reaction.

Jab Harry Met Sejal Will Not Do That Well Overseas

The 10th House Lord Venus is placed in the 11th house which points to better success as far as financial gains are concerned. On the other hand, the Jab Harry Met Sejal‘s overseas fate does not seem promising or even satisfactory, as per Ganesha. Within India, Jab Harry Met Sejal will be able to do better in certain states. The 11th house of horoscope also points to gains through other means. Hence, this movie may make or accumulate gains from other unexpected areas.