Haider – a tragic story retold! Will it hit the bull’s eye? 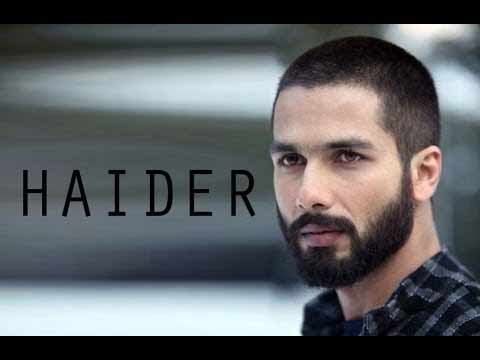 Seems like the ace-film director from Bollywood, Vishal Bharadwaj, has a penchant for adapting William Shakespeare’s golden classics to intense and haunting silver screen sagas. After Maqbool (based on Macbeth) and Omkara (based on another Shakespearean tragedy – Othello), Bharadwaj, well-known for his broody, dark films and music score in films like Maachis, comes with Haider. His latest film Haider is based on one of the most famous Shakespearean dramas – Hamlet. And, that’s not where the intensity ends! This modern day Hamlet – set in the mid-90’s – has been told with (the terrorism and troubles ridden) scenic and ethereal Kashmir as its backdrop. Starring Shahid Kapoor and Sharddha Kapoor in lead roles, the movie Haider is also being raved about for Tabu’s portrayal of Shahid’s step-mother in the movie. Besides, Shahid too, appearing for the first time in a bald look, enraptures the audiences in his mad, passionate, tragic characterisation. Shot at several breathtaking locations of Kashmir, including Sonamarg, Pahalgam and Dal Lake, the film also promises to capture the political intrigue, insurgency, violence and the troubled history of Kashmir.

The movie Haider officially releases along with Hrithik Roshan’s much awaited Bang Bang. The two movies, besides addressing two entirely different genres, promise different kinds of entertainment for their audiences. Will Haider please the audiences? Ganesha takes a look at the film’s Release Time Chart to predict.

Summarily, Ganesha feels that despite very good credentials, the film Haider is not likely to mint money at the box office. The film’s overall business will be average, but film will be worth watching. It may not appeal to the mass audiences, but might appeal to the critics.