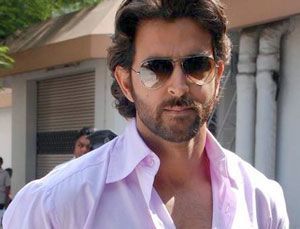 At the time when the Hindi film industry was ruled by the Khans- Shahrukh, Salman, and Aamir and well-established actors like Ajay Devagan and Akshay Kumar, nobody had expected Hrithik Roshan, a young actor of twenty-five, to pose a serious threat to these rulers. Kaho Naa…Pyar Hai, his first film as a male lead earned him not only immense popularity but also prestigious awards. The popularity he gained through his performance and good-looks made critics, directors, producers and audiences believe that he would change the face of Bollywood.

While his fans waited with bated breath for another super-duper hit after Kaho Naa..Pyaar Hai, Hrithik disappointed them with a series of flops. But just when people were about to write him off came his father’s directorial venture, a sci-fi film Koi…Mil Gaya, which proved that he was not just a one-film-wonder. And then, there was no looking back. From Krissh to Dhoom 2, from Jodha Akbar to  uck by Chance, from Guzaarish to Zindagi Na Milegi Dubara, Hrithik has successfully raised the bar, every time. Hrithik is now looking forward to Agneepath, his latest flick that will release by the end of January, 2012.

In early 2011, Hrithik became the fifth Bollywood actor whose wax statue was put up at the renowned Madam Tussaud’s wax museum in London. This accomplishment speaks volumes about his reach and popularity as an entertainer. What will the coming year bring for Hrithik Roshan? Will Lady Luck continue to shower blessings upon him? Ganesha, with the help of Vedic astrology, takes a sneak peek into the future, and foresees what the the coming
year has in store for this Bollywood superstar. 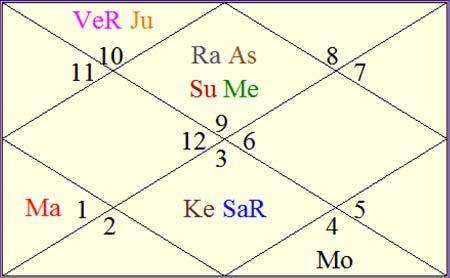 The year ahead looks eventful and progressive for Hrithik Roshan.