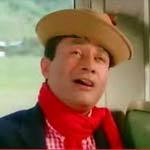 It’s not everyday that you come across colourful, inspiring actors like Prem Pujari Dev Anand. A truly magnificent, irrepressible, evergreen actor and a
thorough gentleman, he has contributed what very few have to the Hindi film industry. Be it the Gregory Peck suave looks, an inimitable, vivacious style or his kaleidoscopic performances in the soulful movies he did or made, he always stood out.

Not the one to stick to doing set, cliched roles in run-of-the-mill movies, he featured in a wide array of roles, including as a lovable romantic in Tere
Ghar ke Saame to a goon in Kala Bazaar to the stylish, drool-worthy cop in Jewel Thief and CID. His performances as the confused-in-life Raju guide turned Guruji in Guide or the broken, misplaced soldier in much-loved Hum Dono are unmatchable. It’s not for nothing that the industry has sung paeans for
years for this Hare Rama Hare Krishna star, actor, director and producer.

Industry and millions of reverent fans lost this young-at-heart, charismatic talent spotter on 2nd December 2011 to the cruel hands of death. It’s a void that can’t ever be filled. And, it’s tragic that the man who made such lovely cinema for India, the one who pledged that he will keep entertaining the people of India till he breathes, breathed his last on foreign shores.

As a way of paying homage to this great soul, Ganesha, by employing Vedic Astrology, reads the natal chart of Dev Anand Sahab to see what made him the legendary man and actor he was. Read ahead to find out. 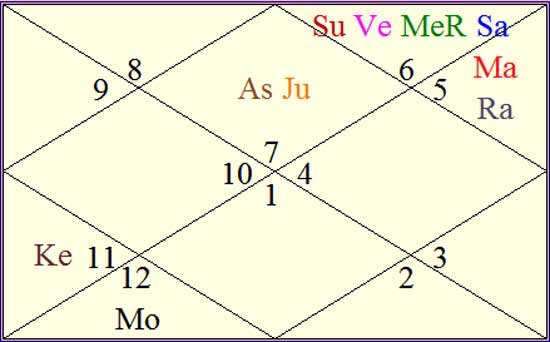 This explanation indicates that the rule mentioned above regarding death really works.