Will Bipasha Basu and Harman Bawaja tie the knot? If yes, will the relationship last? 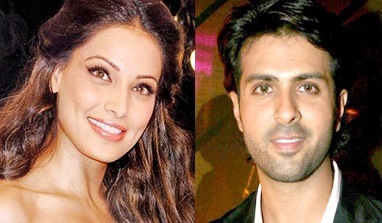 Harman Bawaja on the other hand, is the son of Harry Baweja (Film Director) and Pammi Baweja (Film Producer). The debut film of Harman was a sci-fi romance Love Story 2050 made by his father and mother, but turned out to be a box office disaster; post which he acted in Victory, What’s Your Raashee?, and a few more films till date, but neither of his films made a box office success. However, his performances were appreciated by the critics for Gori Tere Pyaar Mein (2013) and Dishkiyaoon (March 2014).

If the current buzz is to be believed than Bipasha Basu and Harman Bawaja is likely to tie the knot sometime during the next year. Will they? Won’t they? Is to be seen. However, it seems like the relationship has taken great momentum, as Bipasha has already started to make her wedding arrangements.

Let’s find out what the planets and stars have to say on one of the most talked about and anticipated weddings in Bollywood. Here, Ganesha consults the individual Horoscopes of the lovely couple to answer a few questions –

Bipasha-Harman marriage is expected to take place sometime next year – Will their marriage really take place?

Ganesha observes that Bipasha is under the influence of Jupiter return and Jupiter will be transiting over Harman’s Natal Rahu. In that case, Bipasha’s stars are stronger for the marriage as compared to Harman’s as of now. In other words, Bipasha’s stars are stronger for the matter as far as the time frame (year ahead) is concerned, as compared to Harman’s stars. Ganesha feels that it will take place but after some amount of delay or difficulties.

Both are actively dating each other recently? Nonetheless, both have a past history of relationship: Bipasha Basu was associated with John Abraham in the past whereas Harman Baweja was dating actress Priyanka Chopra earlier. Will their past relationships impact them in any way before or after their likely marriage?

Generally during planetary returns people resurface in your life from the past, it depends on the nature of planet and it’s aspects with other planets. As Bipasha is under the influence of Jupiter return and as Jupiter is retrograde in her Horoscope, her past may resurface in her life till July 2015, after which things would be normal, feels Ganesha. In Harman’s case, Ganesha doesn’t find this happening astrologically. However, he will have to be more careful in case of relationships post marriage because he is born with debilitated Venus. Saturn controls Venus in his Chart, so Harman will not become an outright disloyal husband but road is still going to remain slippery for him post marriage (Venus is the significator of love, when it’s debilitated – person may have more than one relationships and there would also be scope of stepping out of the wedlock).

In general – what’s in store for this relationship?

Harman’s Mars falls on Bipasha’s Venus because his Mars is in Scorpio and Bipasha’s Venus is in Scorpio. This indicates strong connection between the both but it’s more of physical attraction as Venus signifies love and Mars rules vigour, vitality and passion. This relationship will sail smooth if they don’t stay apart from each other physically for longer periods, on shooting sets. The couple will have to spend more hours together in order to keep the relationship going smooth.

If at all Bipasha and Harman get married – Will their marriage be a success?

As indicated above, it will be a successful union, provided they ensure that physically they don’t stay apart for very long periods. That can harm health of their relationship. Next three years are going to be tough for the couple as far as marital relationship is concerned.

Planetary interactions in both the Horoscopes are indicating that Harman’s career may get a bit of a lift after marriage; however, Bipasha’s career may not receive a great boost because Saturn will be transiting over her Venus for two and a half year’s time starting November 2014. Planetary transits in Harman’s Chart are indicating his career progress post August 2015.