Angoori Bhabhi: Shilpa Shinde Can Be The Winner Of Bigg Boss 11 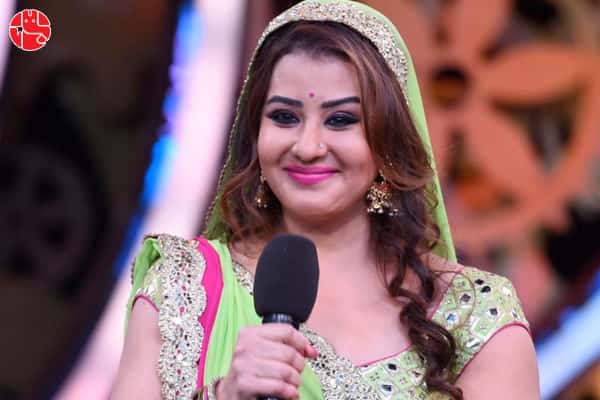 Bigg Boss 11 Building Up To An Exciting Climax

We are going through a very interesting phase of the popular TV serial Bigg Boss 11. This is the last and final week of the serial, and we have the four most eligible contestants left: Shilpa Shinde, Hina Khan, Vikas Gupta and Puneesh Sharma.

Shilpa Shinde Appears To Be The Likeliest Winner

All four are celebs in their own rights, but it is Shilpa Shinde who looks to be the likeliest to win as per astrological predictions. So let’s take a deeper look into her charts to see what makes her the likeliest winner of BB 11.

Venus Has Bestowed Great Communication Skills On Her

Shilpa was born on 28 August 1977. Shilpa has Venus as Ascendant Lord, which is in conjunction with Saturn in the 3rd house, the house of communication. This has made her a very good communicator and a TV star.

Saturn May Have Extracted A Heavy Price, But Will Reward Her Too

The Venus-Saturn conjunction, apart from making her a TV star, has impacted her in many ways. Venus is the planet of luxury, comfort, happiness; while Saturn shows hard work and extracts a heavy price before rewarding you. The slow-moving planet makes her very traditional in her dressing and behaviour, indicating a strong connection to her roots.

To view the profile of Celebrity Astrologer Ms. Sonia Nayyar or to get personalised predictions from her, Click Here.

It Is Rahu Who Has Played Spoilsport In Shilpa’s Life

Rahu is placed in the 5th house, in the sign of Virgo. It is aspected by Saturn in the 3rd house and Mars in the 2nd house. These combinations have caused the breakage of her engagement, a lay-off from work due to legal hassles, as well as defamation.

Shilpa Shinde has Budh Aditya yoga in the 4th house. Sun and Mercury are conjunct in the 4th house in the sign of Leo. We all know that 4th house is connected to mother, cooking, domestic comforts, affection and emotions. All these have come her way in BB 11. She has acquired the image of the mother of the house in the serial, and her cooking skills have given her a special place and identity in the house.

Mars And Jupiter Have Given Her Great Inner Strength

Shilpa has Mars-Jupiter conjunction in the 2nd house which has made her a confident, versatile, charismatic, and, despite her motherly nature, a very strong person from inside. She has also shown great perseverance and patience.

She is passing through the first phase of Sade Sati as her moon is in Capricorn and Saturn is transiting in Sagittarius. This phase of Sade Sati will bring her money, fame and honor. Whatever she has lost in the past, as per her karmic pattern, may now be compensated for. Moreover, Ketu will be transiting over her natal moon, so the mother’s blessings will fructify and she will regain her lost paradise by winning this most famous TV show, Bigg Boss.