How Shall Akshay Kumar Starer Entertainment fare at the Box Office 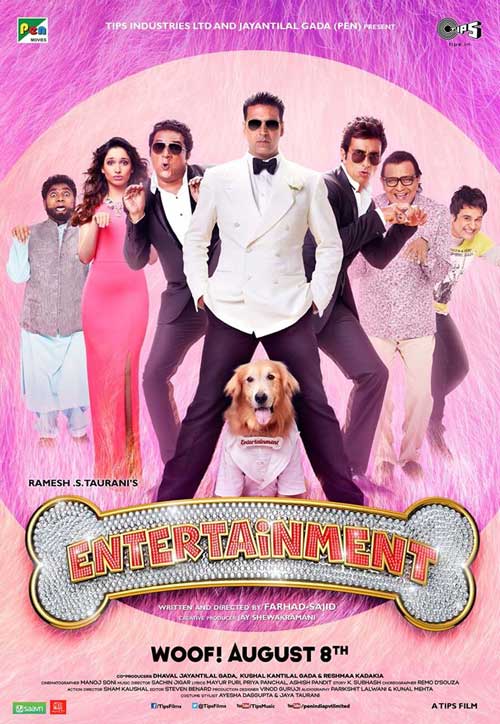 Akshay Kumar starer Hindi feature film Entertainment is all set to release on Friday – 8th August, 2014 in major theatres across India and abroad. Akshay is known for his carefree attitude and very funny dialogue deliveries (in a comedy film) that are an instant hit with the audiences. Moreover, the film as bubbly songs that will excite you; it also includes a nursery rhythm “Jonny Jonny”, which is blended with petite amount of daaru – is an appetiser that people want to taste again and again. The music has just become a craze with the youngsters. The film’s title is also an inspiring one ‘Entertainment’, as the word conveys pretty much what the film stands to deliver – a wholesome entertainment and nothing else.

What makes this film even more interesting is the fact that it also features Mithun Chakraborty (known for his exceptional acting and funny dialogue deliveries in comedy films), Johnny Lever (one of the best entertainer in Bollywood film industry who can effortlessly make you laugh even in the absence of a rock solid comic dialogues – just remember his acting in Baazigar), and Riteish Deshmukh in a cameo role. It looks like this film might do really well at the box-office.

Ganesha, with the help of Vedic Astrology, analyses the film Entertainment’s Release Time Chart to explore how well this film will do at the box office.
This is an astrological prediction for the Hindi feature film – Entertainment.