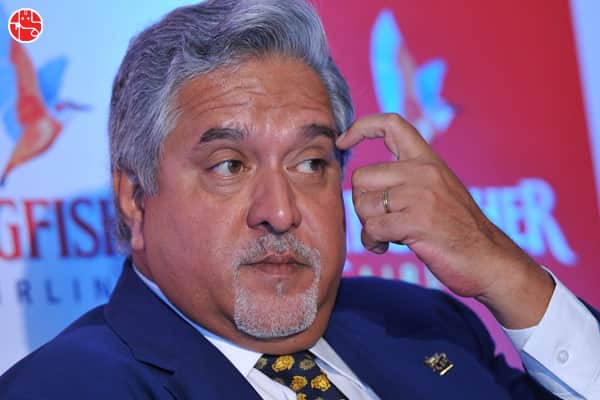 Perhaps no other eminent business personality in India has drawn so much attention and invited so much controversy as Vijay Vittal Mallya. Once touted as the “King of Good Times” for his extravagant lifestyle, Vijay Mallya has of late come under strict legal scanner, as since 2012 he has been accused of massive financial scandals and controversies. Consequently, Vijay Mallya was arrested in the UK on 18th April 2017 and has been summoned to appear in the Supreme Court of India on July 10, 2017.

Vijay Mallya is the ex-Chairman of United Spirits Ltd, the largest spirits company in India and continues to be the Chairman of UB Group, an Indian conglomerate with interests in beverage alcohol, aviation infrastructure, real estate and fertiliser among others. Vijay Mallya has also been the Chairman of Sanofi India and the Chairman of Bayer CropScience in India for over 20 years, in addition to being the Chairman of several other companies. Mallya has earned a lot as a businessman. He has expanded and consolidated his finances over the years. Will your finances grow as well? Find this out with our 2017 Finance Report.

A group of 17 Indian banks are trying to collect approximately Rs 9,000 crore (US$1.4 billion) in loans which Vijay Mallya has allegedly routed to gain 100% or a partial stake in about 40 companies across the world. Besides, investigative agencies like the Income-Tax Department and Central Bureau of Investigation (CBI) are probing cases of financial fraud and money laundering against Vijay Mallya.

On 18 April 2017, Vijay Mallya was arrested by the UK Metropolitan Police extradition unit “on behalf of the Indian authorities in relation to accusations of fraud” and had appeared in the Westminster Magistrates’ Court later that day. On 9 May 2017, Supreme Court of India found Vijay Mallya guilty of contempt of court and has summoned him to appear on 10 July. Mallya’s career may be facing a difficult situation. But how will your career developments unfold? Avail our Career Ask A Question Report and get the reply to your most pressing problem.

While Vijay Mallya’s continuing eventful journey may one day inspire a great novel or become the theme of Bollywood movies, right now the question doing the round in every mind is how will his immediate future turn out to be. Ganesha has analysed Vijay Mallya’s life and future and made the following observations as per numerology:

Vijay Mallya is highly influenced by the Number 5,
As per Chaldean Numerology, his name number is:

Besides, according to Pythagorean Numerology, Vijay Mallya’s number is:

The Significance Of Number 5

So we can clearly see that he is heavily influenced by number 5 in his life. Number 5 belongs to Mercury. This number is very important in numerology because it is in middle of number series 1 to 9. This number also refers to Humans in Biblical Numerology. Humans have the potential to become devil or angel by their choice, so the most positive characteristic of this number is freedom. Other positive characteristics of this number are travel & adventure, varieties of life, constant changes, learning through experience.

The Real Meaning Of Number 5 In Numerology

Many Numerology books often describe Number 5 as the number of FREEDOM, but in reality, it’s only half truth. In reality, Number 5 actually signifies CONSTRUCTIVE USE OF THE FREEDOM. So, there is a vast difference between the words freedom and constructive use of freedom. This is how this number has come to be misrepresented. We need wisdom and experience, in order to make the right choices.

Number 5 calls for the right choice of options in life. Whenever this number appears as a personal year number, it can give both positive and negative experiences, so it becomes important to choose our options wisely. It gets difficult to handle things, for those who get this number, and most people fail to make the right choices in their life. So, for those who get number 5, the presence of otherwise numbers like 1,3,7 or 9 also becomes desirable else one could get misguided and choose the wrong path.

The Over Influence Of Number 5

The negative characteristics of number 5 are: thoughtless actions, escape from the situation ( instead of facing problems), irresponsibility or non-committal and unrealistic approach.

Vijay Mallya’s downfall began in the year 2012, which also adds up to number 5:

The Numbers Missing In Mallya’s Case

According to Pythagorean Numerology, Vijay Mallya can get the right lessons of life in numbers 2,5,6 and 8. Number 2 indicates harmony and co-operation, number 5 indicates a constructive use of freedom, number 6 indicates home or domestic responsibilities and number 8 indicates financial management. However, these numbers (which reflect the core life lessons) are missing in Vijay Mallya’s name.

We can see Vijay Mallya company’s name number belongs to master number 11. This number indicates great vision and success. The products of this company are hugely successful worldwide. The Kingfisher Beer has more than 50% of market share in India and it is available in more than 52 countries other than India. All this is in accordance with the number 11.

Vijay Mallya May Rise As A Phoenix In 2018, If He Makes The Right Choices

Number 11 is about being visionary and if number 5 ( Vijay Mallya’s number) combines with it (11), it will result in great success. That is why Vijay Mallya is also known as ” The King of Good Times”. This is the power of combination of the two numbers (11 and 5). The keyword of this combination is “Great Commitment” because number 11 indicates great vision and long time future while number 5 indicates adventure, travel and mainly constructive use of freedom. If number 5 fails to make the right choices and gets irresponsible, then this combination is strong enough to give equally negative results. Overindulgence in alcohol and sex are also the negative effect of number 5.

18+12+2018=23=5, so in this year, if Vijay Mallya makes positive choices, then this number will surely trigger positive developments and he will rise again like a Phoenix.