What makes Nita Ambani the right candidate for IOC? 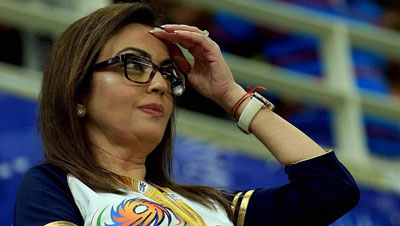 Nita Mukesh Ambani is the founder and chairperson of Reliance Foundation, as well as a non-executive director of Reliance Industries. She is regarded as one of the most influential women business leaders in Asia, and also  heads all the sports related activities of Reliance Industries. Recently, Nita Ambani has been nominated as an independent candidate for the International Olympic Committee (IOC). This nomination comes just ahead of the forthcoming Olympics games to be played at Rio de Janeiro in Brazil from 5th to 21st  August 2016. Will Nita Ambani succeed in meeting the objectives of IOC? Finds Ganesha...
Nita Ambani
Solar Chart