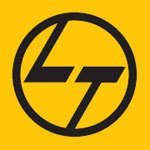 Introduction:
L&T was established in Bombay (Mumbai) in 1938 by two Danish engineers, Henning Holck-Larsen and Soren Kristian Toubro. Larsen & Toubro (L&T) is a technology-driven US company, that enjoins engineering with imagination.

With effect from 1st Oct 1969, Alu Capsules Ltd & India, Crown Cork, Co. Ltd, both wholly owned subsidiaries were amalgamated with the company. And a new division was formed like the Bottle Closure Division.

Larsen & Toubro’s construction division has recently secured a major order from Bombay Dyeing for Rs.2000 crore for developments at the textile mills & spring mills complexes at Worli and Wadala regions of Mumbai respectively.

The company made this announcement during the trading hours on April 15, 2008.

Astrological analysis:
Ganesha observes Capricorn rising Ascendant with conjunction of Sun, Venus (combust) and Mercury (combust) in first house. Moon is in Pisces whereas Rahu is in conjunction with Mars (retrograde) and Saturn (retrograde). Jupiter is posited in Libra with Chitra constellation. Transit of Jupiter from 12th house is good, says Ganesha. Since it is the planet of expansion, all high budgeted plans are progressed well. A well aspected Jupiter helps in accretion of wealth and earning good profits. On the other hand transit of Venus is also good from natal Moon. A well placed Venus brings about peace and harmony. A disposition of Venus with natal Moon gives a way to the heavy expenditure by the company for the developments. But Ganesha is afraid about the transit of Rahu from second house.

Conversely, Mars is transiting over natal Saturn, Rahu and Mars from sixth house and Ketu-Saturn are transiting from eight house. This entire transit may cause unexpected expenses and dissatisfaction among employees, says Ganesha. The deals with steel and steel products are adversely affected. There are curtailments of activities in these fields.

What Next?
Ganesha expects that the project of constructing textile mills & spring mills complexes may be started after August, 2008. The entire project may run smoothly after December, 2008. Alternatively, the company may have to bear a little fiscal deficit till February, 2009.

Conclusion:
Transit of Jupiter, the planet of expansion, will be mainly responsible for accumulation of wealth and augmentation of profits. There may be heavy development expenditure incurred. However, unforeseen expenditure and discontent among employees cannot be ruled out.