When will Jet Airways – Etihad Airways deal take off? 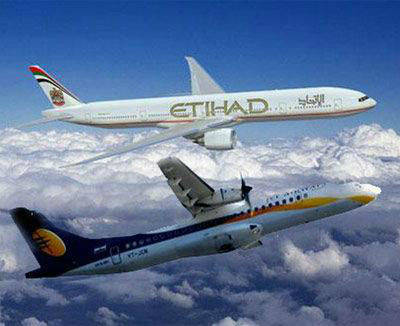 BJP MP Subramanian Swamy recently filed a petition in the Supreme Court seeking a CBI probe into the Jet-Etihad (the former belongs to India and the latter to Abu Dhabi) deal, which has been given a green signal by the Union Cabinet. He alleges that massive corruption is involved in this deal, which lets the airlines of both the countries to offer almost 50,000 seats a week by 2015, up from 13,300 at present. The main question here is whether this petition will delay the completion of the equity deal between Jet and Etihad, where Etihad wants to pick up 24 percent equity stake in Jet? Will this deal get finalised any time soon. Ganesha, predicting by aplying teh Vedic Astrology Principles, doesn’t see the resolution coming in any time soon. What else does the astrological assessment reveal? Read on. 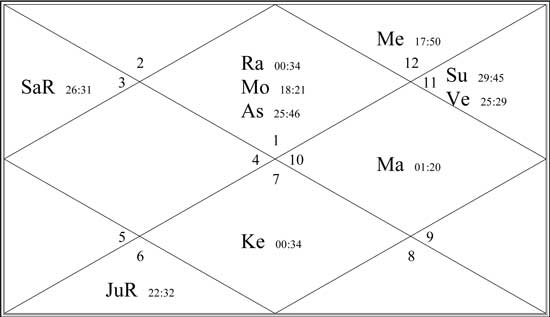 Astrological observations:
The Good
In the Kundali of Jet Airways, Ganesha notes that Mars, the Lord of the Ascendant, is posited in the House of Profession and Government, which is a good sign.
The positive aspect in Etihad’s Kundali is that the Lord of Partners’ House, Mars, is in the 5th House. This particular planetary position provides support to the Kundali.

The Bad
In the Kundali of Jet Airways, the negative planet of Ketu is posited in the Partners’ House. Jupiter should be powerful enough for a company related to aviation and airlines sector. In the Natal chart of Jet Airways, however, Jupiter is in a retrograde motion. Besides, the combination of Moon-Rahu may be the cause behind the wavering decisions on company’s part.
Talking about the Kundali of Etihad Airways, Ganesha says that it has a Libra Ascendant, which currently has two negative planets transiting through. Also, similar to the Kundali of Jet Airways, a negative planet – Rahu – is posited in the Partners House which is why the deal is getting cancelled, time and again.
Overall, both these Kundalis are disturbed, as far as their partnership with each other is concerned.

Astrological analysis :
In the Natal chart of Jet Airways, two negative planets Saturn and Rahu are transiting over the Natal Ketu, through the House of Partners. This negative transit is going to continue till July 2014. Whereas in the Kundali of Etihad Airways, Natal Rahu is in the House of Partners over which Ketu, a negative planet, is transiting.
Overall, the Partnerss House in both the Kundalis is under a negative influence. On the other hand, in the Kundali of Jet Airways, Jupiter is transiting over Saturn, the Lord of the Profession House.

This is a ray of hope, says Ganesha. Similarly, in the Kundali of Etihad Ariways, Jupiter is transiting over Saturn, the Lord of the Speculation House. Jupiter transit is a silver lining, says Ganesha. Jupiter is an important planet for this sector and it is partially supportive in both the Kundalis. According to Ganesha, this is the only factor benefiting the deal and making it work.

Nevertheless, the negative influences of the malefic planets are profound, so the deal does not look set to get finalised in the immediate future.