Negative transits may impede Indra Nooyi’s progress in the year ahead, feels Ganesha… 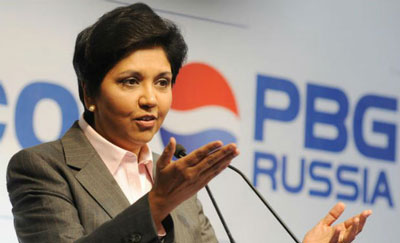 Powerful Saturn, Venus and Mercury provide great fuel to Nooyi’s great success!
One of the most powerful women in the world, Indra Nooyi is the CEO of PepsiCo, which she joined in 1994, and was made president in 2001. Since then she has been elevated to CEO, and has not only made far-reaching changes in the company’s policies and product-line, but has also taken the net profit from $2.7 billion to $6.5 billion. Nooyi has consistently ranked among the World’s 100 Most Powerful Women, and was named as the 3rd Most Powerful Woman in Business by Fortune in 2014. Ganesha takes a peek at what lies ahead for this dynamic businesswoman.

[Owing to the unavailability of credible birth-time of the celebrity, the analysis and predictions have been done on the basis of the Solar Chart/ Surya Kundli with the help of her birth-date and birth-place only.]

Year ahead not too favourable…

Rewards may not match up to efforts…