Story of Valentine’s Day Origin: How the Day of Love Came into Existence 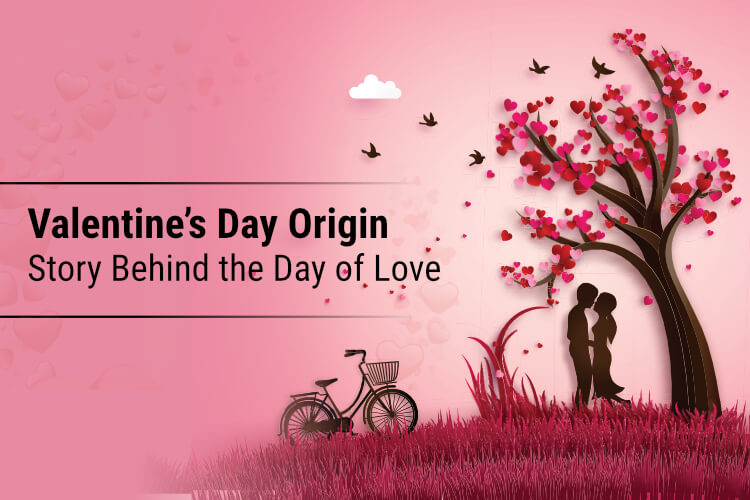 There are two widely known stories behind the origin of Valentine’s day. Many historians support these stories, and many refuse them. Since these stories are coming from the 3rd century, who can blame them? However, an interesting thing to know here is that both the Saint Valentine’s we are about to discuss were terminated by the Romans in the same century. And yes, you guessed it right: it was the 3rd century.

Coming back to the 21st century, how will your Valentine’s day go in 2021? Find out now with your personalised Valentine’s Day Horoscope

The Valentine Story of Saint Valentine and King Claudius

In the 3rd century, Rome was ruled by King Claudius II. He believed that the single soldiers made a more powerful army than the soldiers who were married and had a family. He did not allow young people to marry for the same reason.

Saint Valentine saw the fault in the methods of the King, and he started to get the couples married secretly. Unfortunately, the King found out about that and ordered his troops to put Saint Valentine to death. People are said to celebrate Valentine’s day to remember the Saint who died uniting the lovers.

Origin of Valentine’s Day in Prison

The other story behind Valentine’s Day Origin is also as dramatic. According to that, Saint Valentine helped the Christians escape the harsh Roman prisons. In doing so, he fell in love with the daughter of the Jailor, who used to visit him during his confinement. Before his death, on 14th February, he wrote a letter to his lover, and he signed that letter with ‘From Your Valentine’.

If that sounds familiar, it is because the expression is still used today by many, a sign-off from the world’s first Valentine’s day letter! In Rome, there are a number of competitions held for the best Valentine’s letter, even today.

You can also communicate with your partner better, with the knowledge of Your Love Compatibility Report.

In 1797, a British Publisher printed ‘Young Man’s Valentine Writer’. It contained romantic verses for the people who were unable to express their feelings on their own. Printers at that time had already begun to manufacture ‘mechanical Valentine’s’ (how romantic!), with those verses, poetry, and sketches.

These mechanical Valentine’s became so popular in the 19th century that they started making and assembling them in factories. Some fancy iterations of them had red laces and ribbons as we see on Today’s Valentine’s Day cards. They came to be so popular that 60,000 copies of them were sold in 1835 AD when postage was considered an expensive medium of communication.

Over the years, e-cards and coupons have come into the culture with the widely accessible internet. If you are also confused about the gifts to give, here are some Valentine’s Gift Ideas based on Zodiac Sign that may help. 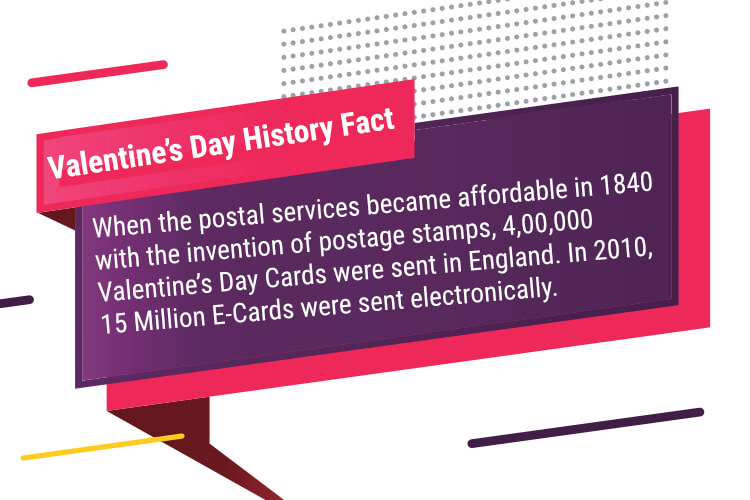 On Valentine’s day, you must have seen Cupid everywhere. From greeting cards to banners. He is a baby boy with bows and arrows that have hearts at the end of the arrows. The presence of Cupid also takes us back to Valentine Day’s Roman origin, as he was considered the God of Love in Roman mythology. He was the son of the Roman Goddess of Love and Beauty, Venus. The bow and arrows shot by Cupid made both the humans and Gods fall in love. That is why we always see him flying around with heart-shaped arrows on Valentine’s day. 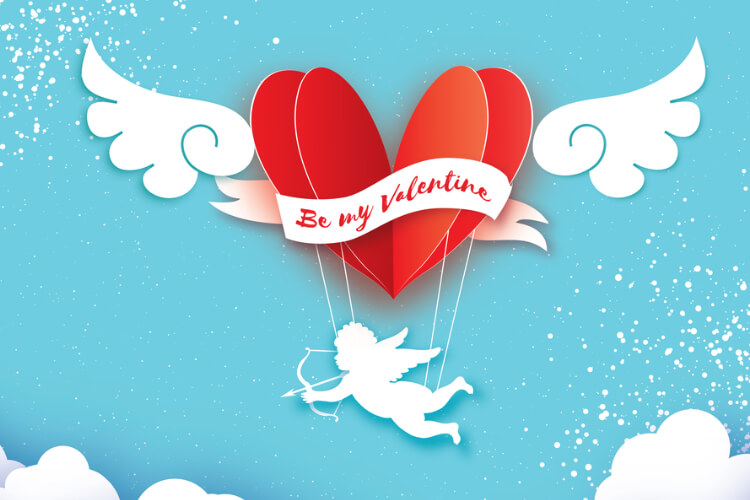 Why wait for Cupid to shoot and miss? Express your love to that special someone today with Proposing Tips for Different Sun Signs!

Valentine’s heart symbol is a different story altogether. We know how it does not look like an actual heart at all! Some believe that it is the shape of silphium seedpod, a plant from Africa that was used in food, and as a contraceptive. Therefore, it might have been a symbol of sex and then eventually, Love. The symbol is also believed to be someone’s poor attempt to draw an actual heart! Later, it was popularised by some churches who used it as a symbol of love and devotion.

Hope this clears out your understanding of why Valentine’s day is celebrated, and what is significant about the date of 14th February and from where Valentine’s Day originated. This season of love, Ganesha wishes you a blessed Valentine’s Day!