Many would know of this nation as one of the oldest civilisations of the world, settled and nourished on the banks of the formidable river Nile. There will be many others, who would know of this North African country as the house of the great Sahara Desert, great Pyramids, Pyramid of Giza and the Great Sphinx. Egypt, officially the Arab Republic of Egypt, is one of the most populous countries in Africa and the Middle East. Lately, the country has been witnessing political and social uprisings, and many have gone and named this battle between the society and system as the ‘Egyptian Revolution of 2011’.

Tahrir Square or the Liberation Square is a well-known point in Cairo, Egypt’s capital. This place has been much in news, mostly owing to the fact that it is being called the focal point of the Egyptian Revolution of 2011. The culturally rich and politically elite point came into news recently.

The former President of Egypt Hosni Mubarak was ousted after long demonstrations on Tahrir Square, and the authority had been transferred to the Supreme Counsel of the Armed Forces of Egypt. Egyptians were headed to the polls for the first round of Parliamentary elections in late November 2011. After the voting for the lower house of parliament, which will end in January, Egyptians will then elect an upper house in a further three rounds of polls. A presidential election is expected to be held by July 2012. 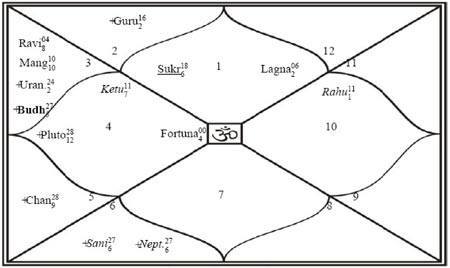 When Mubarak was ousted the transiting Saturn was passing through the Virgo over the natal Saturn and the transiting Jupiter was passing through the Pisces aspecting the natal Saturn. Also, Egypt was under the influence of Saturn-Saturn-Venus period. So the 10th House of Egypt’s country chart was fully activated which resulted in downfall of Hosni Mubarak. However, the picture remains unclear about how the new parliament will function and whether the political parties be able to resolve a stand-off with the armed forces over the transition of power and implementing the new constitution. Egypt is currently under the influence of Saturn- Saturn- Rahu period which will be in force till 30th March 2012. Saturn , the Lord of 10th House is retrograde in the 6th house and Rahu is placed in the 10th House. Adding to this, the transiting Mars is passing through the 5th House over the natal Moon. Moon signifies the common people, crowds, women and all matters of a common or public interests. It is clearly indicating violent demonstrations and angry protests by women and youth against the military council in Egypt. Saturn-Saturn-Jupiter period will begin from 30th March 2012. Jupiter is the 9th House Lord, and is placed well in the 2nd House. However, Mars will transit in retrograde motion between 24th January and 14th April 2012, which shall not be soothing for pacifying the public anger. Saturn-Mecury period will begin from 24th August 2012. Mercury is the Lord of 6th House in Egypt’S country chart. Mercury is strong in the 3rd House, but afflicted by Mars. In D-10 chart, Mercury is afflicted by Rahu and Mars. It again indicates huge trouble in Egypt.

The street battles and violent demonstrations will continue to disrupt Egypt till 14th April 2012.

There are chances of some viable solution of the current stand off after 14th April 2012.