Importance of Peepal Tree: The Tree of Life 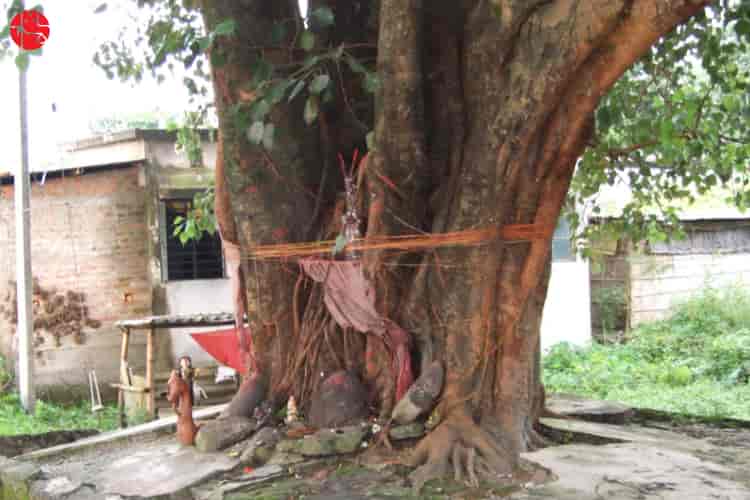 Peepal is a tree that has been revered since the beginning of civilization and has a wide range of medicinal properties in addition to its religious significance.

So, Why and on When People Water Peepal Trees?

The peepal tree’s spiritual significance is the paradise of God, according to Chandogya Upanishad and Atharva Ved. Hindus believe that Lord Vishnu, with his half Lakshmi, resides on this tree on Saturday. Due to this belief of Hindus, people consider pouring water to the roots of the tree to be good every Saturday.

Lord Shiva, Brahma, and Vishnu are said to have held their councils under this tree, making it even more sacred to Hindus. Lord Shiva is represented by the leaves, Vishnu by the trunk, and Brahma by the roots. The “Brahma Purana” also claims that Lord Vishnu was born under a Peepal Tree, so the “Peepal tree” also represents Lord Vishnu.

Because of its significance, this tree is revered as a god in Indian mythology. Krishna’s child form is depicted on a peepal leaf in painting and sculpture. Lord Krishna is also associated with Peepal. “Among trees, I am the ashvattha,” he says in the Holy Scripture Bhagavad Gita. The Peepal tree is also where Lord Krishna is said to have died.

What Are the Peepal Tree Leaf Benefits of Worshipping?

Individuals can escape themselves from contagious diseases and enemies by worshipping the peepal tree. According to the holy book Shrimad Bhagwat Gita, Lord Krishna resides in the peepal tree, and the individuals who loved and respected the peepal tree were directly showering their love and kindness on him.

In Hinduism, Jainism, and Buddhism, the peepal tree (also known as the “Bodhi Tree”) is considered auspicious. This native deciduous tree of India is where Gautam Buddha attained enlightenment.

This tree is revered across the Indian subcontinent, especially among Hindus, Jains, and Buddhists, as the Tree of Life, as a symbol of the Universe’s never-ending expanse.

Even in scientific terms, the Peepal is a real “Tree of Life.” It releases oxygen even at night, unlike other trees.

Any portion of the Pipal tree, according to Ayurveda, can be used to treat a variety of health problems. This tree will treat up to 50 ailments, including diarrhea, epilepsy, and stomach problems.

You are rewarded with fame, wealth, happiness, and good luck if you pour water into the tree, worship it and circle the tree. The peepal tree is considered to be a realized soul, and hence it hears your yearning, and it responds to you in the same manner.

Planetary transits bring a lot of turbulence and hindrance in your life, and to overcome it. It is recommended to chant Hanuman Chalisa while worshipping the Peepal tree at night time on the day of Amavasya or the new moon day.

Lord Vishnu is the origin of the peepal tree; Lord Krishna is the stem of the peepal tree. Lord Narayan is the branch, and Lord Hari resides in the leaves and deities, and later these deities become the fruit of the tree.

What Does a Peepal Tree Puja for Marriage Mean?

If the horoscope of the girl is predicting widowhood, the girl is first married to a peepal tree on Krishna paksha of Chaitra month or Krishna Tritiya of Ashwin month. In olden times the young widows were made to marry peepal trees, and then they were allowed for remarriage.

If the marriage house in your birth chart is afflicted by the planets like Saturn, Rahu, Mars, Ketu and Sun, then you should worship the peepal tree to get a good result. You can enhance matrimonial happiness by worshipping a peepal tree.

Are you experiencing a delay in marriage or problems in your married life? Talk to Expert Astrologers about your problems and get quick solutions to them.

The peepal tree is associated with the planet Jupiter and Jupiter is considered a positive planet. Hence worshipping the peepal tree brings good luck for you. The girl is married to the peepal tree to negate the prediction of widowhood in her horoscope.

The Lord of the fifth house gets negated from its malefic effect by the planets Saturn, Mars, Sun, Rahu and Ketu by worshipping peepal trees, and a woman is blessed with kids.

If you offer water to a peepal tree, there can be a continuous flow of income and wealth in your life.

Do you desire to have a child and are unblessed after a long period of marriage? Get a Janampatri to know the planetary combination in your fifth house and also know the predictions and remedies for childbirth.

Peepal Tree Leaf Benefits in the House as Per Vastu

The peepal tree is planted in the east direction of the house as the Vastu. After the eight, eleven or twelve years of its plantation, the Upanayana Ceremony is performed for the tree. All rituals of the ceremony are performed, and then the tree is married to the basil plant.

The peepal tree should be planted in the pot, and the roots of the tree should not be cut off from the roots. According to Vastu Shastra, the God and Goddess reside in the tree and hence to be worshipped day and night regularly.

The individuals who worship the tree should live a simple life. This is the reason it is not advisable to plant peepal trees in the house, and if it has grown on its own, transferred it to the pot with due respect to it and worshipped it regularly.

The Importance of Peepal Tree and Uses

The holy peepal tree, also known as the Bodhi Satva Vruksha, is a religious and spiritual symbol. The bark, roots, leaves, and fruits of this wonder tree are used extensively in Ayurveda for treating lung disorders, skin problems, and a variety of digestive issues.