Jupiter may provide some support, but problems may become insurmountable post Jan 2016! 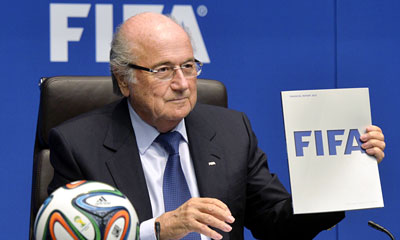 The Heavyweight Malefics – Saturn, Rahu and Ketu shall play the roles of the perfect villains in Blatter’s case!
Sepp Blatter’s 17-year career as FIFA president could come to an inglorious end this week as world football’s corruption scandal threatens to bring down the sport’s most powerful man.The 79-year-old Blatter was already set to quit in February next year, but having been placed under a criminal investigation by Swiss authorities, the end could come a lot sooner. Blatter – the veteran administrator faces an ethics committee probe this week and could even be suspended. Others predict he may even be tempted to resign with immediate effect. But what do the stars indicate? Let’s check out with the help of Astrology!

1) What lies ahead for the influential FIFA President?
Important astrological observations :-

Patience and Composure hold the key!

2) Will the planets give him the power to resist the troubles he may face?
Important astrological observations:

Astrological Predictions:
The Power of Jupiter!

Will he come out unscathed?

3) Will the current scandal bring a permanent end to his career? Or, will he be seen again in action?
Important astrological observations:

Ganesha wishes a great time ahead to Sepp Blatter and wishes him great success.