What is Mangal And How To Overcome It? - GaneshaSpeaks
https://www.ganeshaspeaks.com

What is Mangal And How To Overcome It? 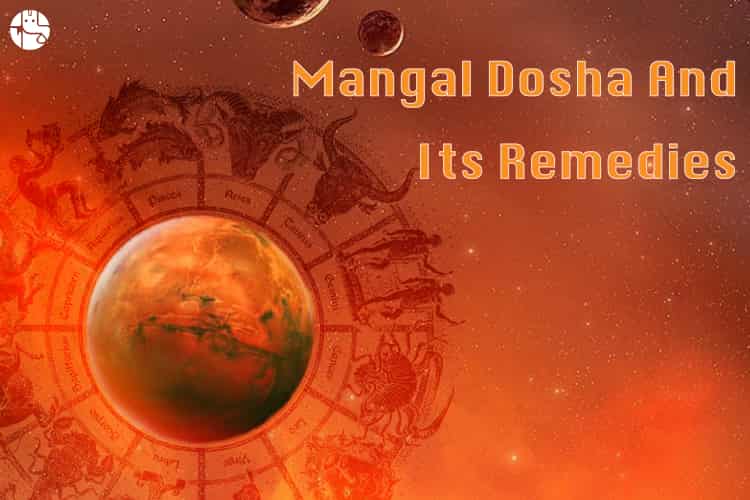 Mangal Dosha is the most ill-famed astrological Dosha and is said to be the result of the fiery planet Mars. It is also widely known as the Kuja, Bhom Dosha or even the Angaraaka Dosha as it has a direct effect on the marriage of an individual. It is said to lead delay in one’s marriage and also spell many difficulties. In addition, it is also said to cause troubles in the financial aspects of one’s life.

What is Mangal Kundli?

Mars is a raging planet, especially if it is found in the first, second, fourth, seventh, eighth and twelfth houses in the Kundali of the native. Mars is said to become even more destructive when it is present in these houses along with other planets. Any person who is said to have such a Kundli is said to be Manglik.

The Dosha is linked with ego, high self-esteem, and highly impulsive nature because of which the native finds it difficult to come to terms and at the same wavelength with his or her partner.

The Dosha further hurts the native financially. It can equally affect both male or female. As the Dosha has a direct effect on the marital life of the native, it is highly recommended in Hindu Vedic astrology to match the Kundalis for the same.

Are you Mangalik? Do you have Mangal Dosha? If you are not aware of it, get Janampatri and know the position of Mars in your horoscope and also know whether it is benefic or malefic.

Mangal Dosha has to be widely studied in the native horoscope and is said to bring more harm to people who are born under either Scorpio or Aries moon sign as they become highly assertive and arrogance.

Here are some remedies by which this Dosha can be tamed:

Get a consultation from an expert astrologer for wearing Red coral to cure the malefic effects of the Mangal Dosha.

It is not easy to cure Mangal Dosh in Janam Kundali unless one has taken care of the above remedies and observed the cautions. It is a strong dosh and should not be ignored.

Take proactive steps NOW to deal with it and dilute its effects. Click on Mangal Dosha Report.

People often born with it tend to have bad marriages and often irritability in their relationships. Red coral is said to be highly powerful in dealing with this and significantly bring down the sufferings faced by the natives.