How does planet Mars influence us? 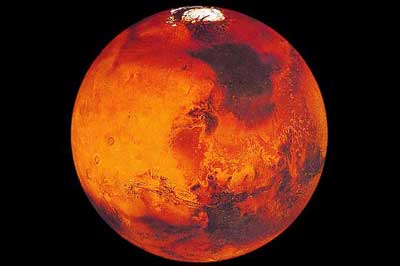 The Influence of Mars:
Mars is agni soochak. It is also addressed as the Bhoomi Putra. A benefic Mars can make the native courageous and a Purushaarthi while a Malefic one can make him a Robber, Dacoit or even a Smuggler.  We all know that a Strong Mars can make one get connected to defence services in any which way. With an ordinary strength, it can make the native a Policeman. With good strength, it can can also make one an Army Chief. If Mars is connected to the Sun and Ketu through aspect or Conjunctions, then native would be connected to those professions where Heat is necessary. Like Boilers, Ovens, Furnaces, Heaters, or making Steel vessels too (Where steel is required to be heated in shape). Mars and Mercury can make one connected to Property dealings. Mars and the Sun together can make one a Big Officer and rich (Both are Kshatriya Grahas and Male connected to Satta- Power and Governance). Mars and Moon together (with Mars having more degrees) can make one a Constructor of Pools-Bridges on Water. If along with this combo, the Sun is also strong in the Horoscope then he can acquire Government Contracts (Tenders) for such work. A Strong benefic Mars will make the native a “Purushaarthi” and also bless him great organizational capabilities. If Mars, the Sun and Jupiter are all strong in the Horoscope then one can also become a “Defense Minister”. A Strong Mars will increase one's intelligence, but will also simultaneously increase bravery, boldness,  and stamina, etc. in the native. If a Debilitated Mars is placed in the Lagna or aspecting the same, with Saturn or Rahu aspecting this Mars, then the native may get involved in violence, illegal activities and those activities which are related to fire explosions. Mars placed in the 11th would make the native sell his Goods at a low price (profit margins) so that there is a  rotation in turnovers. Mars whether in own Sign, Exalted, or Debilitated, but if aspected by a Malefic then will make the native a ruthless one, who fights unnecessarily, who does not care for his own reputation and the one who will reach his ends by hook or by crook.
(This is Not comprehensive, Not complete and Not to be applied without using commonsense simultaneously).
Share

Nirmala Sitharaman’s Future: The Leader Who Is Both Popular & Controversial