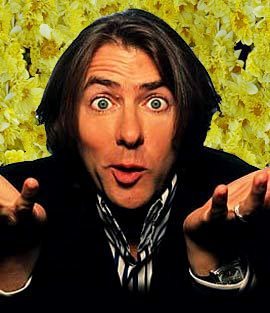 Introduction: Starting his career as a researcher on the Channel 4 show, Loose Talk, he has come a long way in the show business. One of the highest paid presenters at BBC, Ross, was recently suspended from all BBC shows without pay for 12 weeks, following the prank calls row. In the light of this, Ganesha predicts his future.

The chart of BBC from the first broadcast in 1922 has Mars Neptune opposition in square with the Sun and Jupiter indicating a strong, stubborn organization able to carry on in great pressure and having relentless determination. Uranus trine Pluto trine with Sun and Jupiter gives it a highly emotional internal dynamic character that can be both helpful and at times a bit unrealistic. Uranus in the 10th house of Chalit chart foresees BBC in television and broadcasting business, but Ketu’s placement shows major ups and downs. Uranus Pluto trine makes the organization innovative. Exalted Mars in the 9th house of Chalit chart shows immensely strong opinions, which it wants to broadcasts to as many international audiences as possible. Saturn squares Pluto intensifies the firmness of the organization.

Jonathan Ross’ sun sign is Scorpio, makes him intense and somewhat disruptive as well. Sun is in square with Uranus which makes him rebellious. He has Venus, Jupiter and Saturn in Sagittarius so he is ambitious, hard working and tends to cross limits at times due to a strong sense of freedom. In his Solar return chart, Moon is placed with Ketu, which is highly frustrating for him. Sun-Uranus square, Sun-Saturn square and also Saturn-Uranus opposition in solar return chart indicates major setbacks and disappointments. The next twelve months for him could be highly challenging and frustrating.

The cost in the form of suspension of Ross and Brand damage made this week troublesome for BBC. For BBC, the period from October 2009 indicates subjective distress and emotional disturbance internally, followed by a resurgence of confidence within the organization bucking the trend and giving the organization a new look.