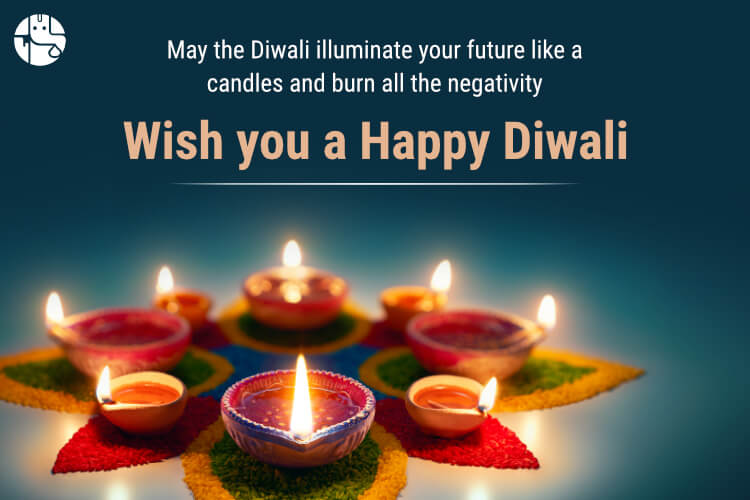 The reason behind celebrating the Festival of Light, Diwali or Deepawali is its profound triumph over the Darkness, obscurity over wickedness, and learning over obliviousness marked with much excitement and gusto by the millions of Hindu folk before the advent of winter. It’s detailed and prolonged pooja by the religious enthusiastic where all the houses are lit up with lovely glowing lamps, clay pots, and artistic and colourful rangolis outside the home. Also, bursting sparkling crackers by the jumpy juveniles on the day of New Moon goes beyond the cultural and religious celebration. The festival also marks the end of the financial year of the Hindu business community in India. So, on this day, many businessmen perform Lakshmi puja because according to the folklore it is believed that Goddess Lakshmi emerged from Ksheer Sagar, or the Ocean of milk on Diwali and offered wealth, prosperity and happiness to all humankind in the auspicious day of New year.

This five-day-long festival celebration starts with five main festivals. Let's go and find out which are those auspicious festivals.

The first day of the Deepawali is called Dhanteras befalls on the Karthik month of the dark lunar fortnight. This time, the Dhanteras falls on 12 November 2020. The day heralds the oncoming of merriment in various sections of Hindu culture as the day graces the lives of the masses with affluence. It is believed that on this day the discovery of the Amrit Kalash by the father of Ayurveda, God Dhanwantri by churning the sea took place on the Kartick month of Krishna Paksha for the benefit of mankind. Usually, people buy gold, silver and precious stones, ornaments, new clothes, and utensils on this day. In the evening, children light crackers, and people also light some earthen lamps outside their homes. Also, people hold Lakshmi, Kuber, and Ganesh puja, as well as worship Yantra on this day to gain the benefits. If you too want to seek blessings from Goddess Lakshmi then this golden plated Meru Prushth Yantra or the Shree Yantra, which symbolizes Goddess Laxmi, can bring wealth and prosperity in your life.

This festival is also known as Kali Chaudas or Narak Chaturdashi in many parts of the Hindu Culture as on this day according to the folklore, Lord Krishna had destroyed Naraksur, freeing the world from the fear of this satan. Traditionally, on this day, people across the country clean and redecorate their house with fresh paints and creative Rangoli. In 2020, Naraka Chaturdashi will fall on 13th November, Friday.

The third day of this festival is also known as Lakshmi Puja. Goddess Lakshmi is an embodiment of beauty and wealth. According to Hindu lore, people on this day worship deity Lakshmi for prosperity and wealth, along with Lord Ganesha. You can too invite prosperity and wealth into your life this Diwali which is falling on 14th November by performing Lakshmi Puja online at the comforts of your home. On this day, people also decorate their home by lighting colourful lamps and candles, which enables the way to guide the souls of their deceased relatives.

The fourth day of festivals is celebrated in the form of Govardhan puja or Vishkarma puja all across India. And in 2020, it is celebrated on 15 November. It is believed that on this day, Lord Krishna defeated Indra, the god of thunder and rain. In Gujarat, the day is celebrated as the start of the New year. People on this day worship instruments, arms, and machinery to appease Lord Vishwakarma.

The last day of the festival ends with the festival Bhai Dooj or Bhai Beej which is celebrated after Govardhan puja, and this time it is approaching on 16 November 2020. The festival is akin to the Raksha Bandhan where brothers and sisters get together and share food, to honour the bond between them. In the Kayastha community, Bhai Dooj is celebrated twice a year. One is after Diwali, and the second one is after one or two days of Holi.

On this diwali, let’s celebrate the festival of light together with little crackers and plenty of sweets.

Wish you a very happy and a prosperous Deepawali!