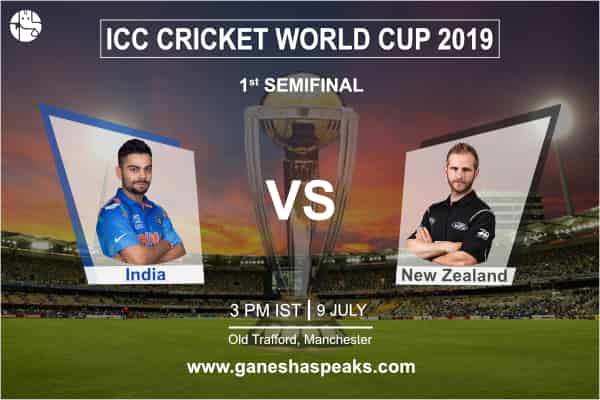 Team India, ranked first in the semi-finals, will face the fourth-placed team New Zealand on July 9. India and New Zealand will face each other in the semi-finals for the first time. The Indian team’s match against New Zealand could not be held due to rain. Both the teams are ready in full swing to go to the finals. What is going to happen is the result of the competition between the two. What do the stars say – let’s know.

Looking at the stars, Ganeshji is predicting that New Zealand will win the India vs New Zealand team’s toss.

India vs New Zealand: Who will win the match?

The trick of the stars is telling that India will win this match of India vs New Zealand team.

With the blessings of Ganeshji,
With inputs from Acharya Bhattacharya
ganeshspeaks.com