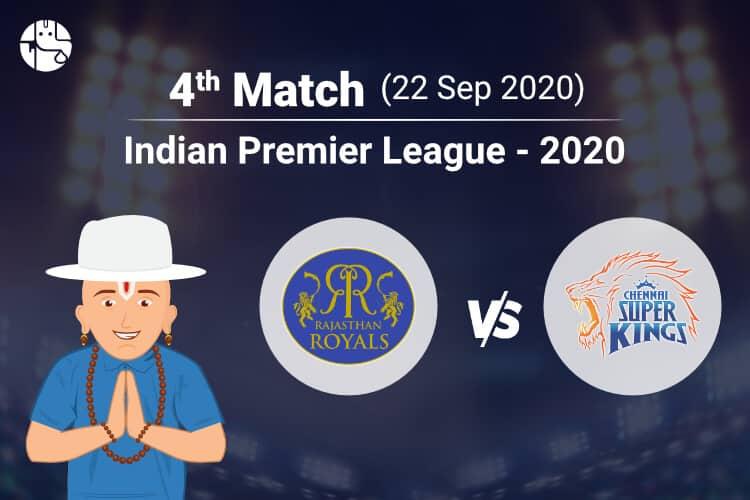 Two former captains of two very successful international sides will be leading their teams in Sharjah. Both Mahendra Singh Dhoni and Steven Smith have been captains of their international sides and have been successful in doing so, with the former taking India to a world cup victory in 2011. This will be Rajasthan’s first match for IPL 2020, and the same is the case for this ground. Chennai, having won their first match, would like to repeat what they did right in the first game.

A team known for promoting young Indian talent, Rajasthan Royals were the team with the most number of purchases at IPL 2020 Auction. Their costliest purchases were Indian players like Robin Uthappa, Jaydev Unadkat, and Yashasvi Jaiswal. Tom Curran and David Miller are also a few of the exciting additions to the team. The backbone of the team, however, is made up of players like Steven Smith, Sanju Samson, Ben Stokes, Joss Butler, and Jofra Archer.

After the previous match, Chennai Super Kings will have a clearer vision of their game plan. Additionally, the nerves would have settled after the first match and players would now be able to focus more on their performances. In the last match, CSK started shakily but were able to pull it back. Faf Du Plessis was fielding like a true South African, and Sam Curran declared his arrival in style. After that, it was Ambati Rayadu who made sure Chennai secured a win. The only thing the fans would have liked more of is MS Dhoni’s batting.

Will CSK repeat the magic of the last game? Will RR get off to a good start in the tournament? Who are the players that can take these teams through? Let’s find out with the help of Astrology.

To Bat or not to Bat? Toss Prediction:

The toss prediction of today’s match favours Rajasthan. Yes! Royals are likely to start lucky and win the toss. However, that would just be beginning. Let’s find out about the stars likely to shine bright from both the sides.

Men with Midas Touch: Key Players for RR vs CSK

For Rajasthan Royals, the English trio of Jos Buttler, Ben Stokes, and Jofra Archer may provide the firepower. Local sensation Mahipal Lomror is also likely to be the man RR can rely upon.

Though Fans might have not got to see enough of his batting in the last match, this may be the game where Dhoni will be a key player for CSK along with the opener Shane Watson and bowling lead Deepak Chahar.

RR vs CSK: Who will be Victorious?

According to our prediction, Chennai Super Kings are likely to continue their winning streak and may beat Rajasthan Royals in the latter’s first game of the tournament.