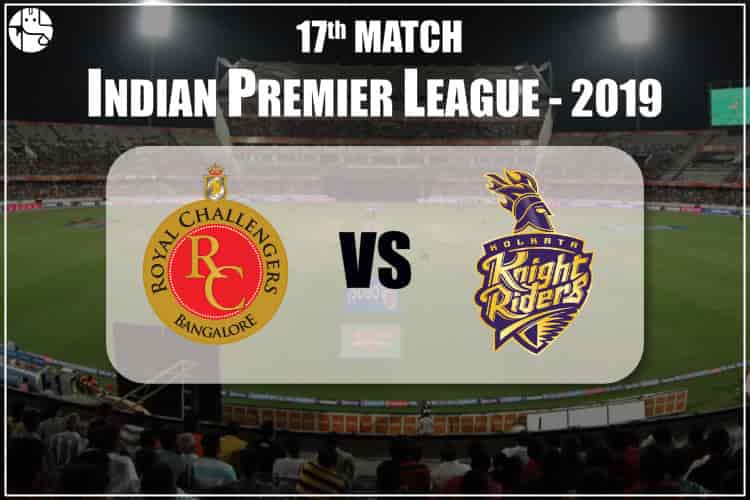 The Royal Challengers are finding it hard to win IPL 2019 matches. If that wasn’t hard enough, they’re also being trolled on the internet for the same. Despite playing reasonably well, they faced their fourth defeat in the IPL 2019. The Kolkata Knight Riders, on the other hand, have been gradually getting better and better with each IPL match they play. One thing they’ve made certain so far is that they cannot be taken lightly. They’re here to win. Period. We wonder what Ganesha has to say about this duel that will take place on the 5th of April. The odds are not with the RCB based on their performance so far in the Indian premier league 2019. However, could they make a comeback? Who do you think will win today’s toss ? Who will win today’s IPL match between the Royal Challengers Bangalore and the Kolkata Knight Riders? Read to find out more!

According to Ganesha, the predicted key players from the Royal Challengers Bangalore will be Virat Kohli, AB de Villiers, Grandhomme and Hetmyer. While Brathwaite, Mundhe, and PP Chawla from the Kolkata Knight Riders will be at their best in the 17th IPL match 2019!

According to Ganesha, the Royal Challengers Bangalore will win the toss. Let’s hope this little victory helps them dominate the game. Who do you think will win today’s IPL match between RCB & KKR?

As per the IPL prediction, the Royal Challengers Bangalore will win today’s 17th IPL match 2019! It looks like Ganesha has showered the Challengers with His blessings! We wonder if this win will be the first of many!