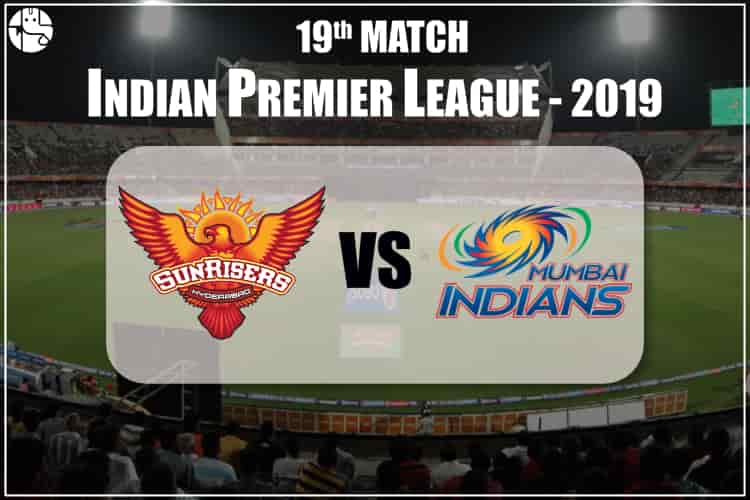 The Mumbai Indians took on the Chennai Super Kings and defeated them! Their victory against the Super Kings was a big deal as the Kings had been unbeatable until then. Hardik Pandya was a key player from the Mumbai Indians to turn the game around. Hardik Pandya’s batting abilities are being compared with that of Andre Russell as they are the only two batsmen in the league to be striking at over 200. The SunRisers Hyderabad, on the other hand, defeated the Delhi Capitals on the later’s home ground. Both Jonny Bairstow and David Warner lead their team to victory. Both these teams seem to be getting into gear for their upcoming games. Lets find out who will win today’s IPL match?

Who do you think between the Sunrisers Hyderabad and Mumbai Indians will win the 19th match of the 2019 IPL? Ganesha has all the answers, stick around to find out who will win the IPL match today. Do you think Hardik Pandya will outplay the SunRisers? Alternatively, will Jonny Bairstow dictate the terms? Let’s first find out who the key players will be.

The star players from the sunRisers Hyderabad will be DA Warner, KS Williamson & DJ Hooda. While according to Ganesha, the key players from the Mumbai Indians will be BCJ Cutting, SD Lad & RD Chahar.

As per Ganesha’s findings, the today’s toss will be won by Mumbai Indians. Who do you think will win the 19th match of the IPL 2019?

The moment of truth is here! According to Ganesha, the Sunrisers Hyderabad will win the IPL match!