Slim chances of Leander getting selected to represent country at Rio, feels Ganesha 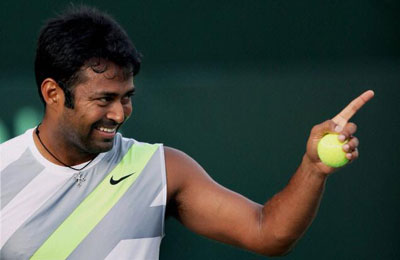 Leander Paes is hoping that there will be not be a repeat of a selection fiasco ahead of the Rio Olympics and feels he deserves to be paired with Rohan Bopanna and Sania Mirza for the men’s and mixed doubles events. Recalling the drama ahead of 2012 London Olympics when Bopanna and Mahesh Bhupathi refused to pair with him, Paes said dirty politics was played at that time and it should not happen this time again. Leander is an Indian professional tennis player who is considered to be one of the best doubles and mixed doubles players in the world. He has won eight doubles and nine mixed doubles Grand Slam titles, and is the oldest man to have won a Grand Slam title. He holds a career Grand Slam in men’s doubles, achieved the rare men’s doubles/mixed doubles double at the 1999 Wimbledon tournament. His mixed doubles Wimbledon title in 2010 made him the second man (after Rod Laver) to win Wimbledon titles in three decades. However, after an astrological analysis, Ganesha feels the stars will not favor him during the Rio Olympics later this year.

Astrological Predictions:
1) Will Leander get a chance to represent India at the Rio Olympics?

2) Does Leander still have it in him to win an Olympic medal for his country?

Ganesha wishes good luck to Leander Paes for 2016 Rio Olympics selection and success in the game.