Sri Lanka vs Australia Match Prediction: Who Will Win SL vs AUS Match? 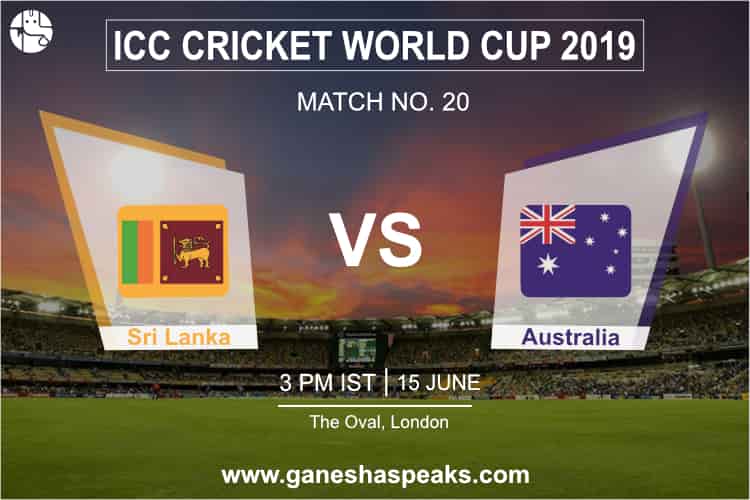 The Aussies will be back at the Kennington Oval after being defeated by India in their previous match. They’re all set to take on Sri Lanka in the 20th match of the ICC World Cup 2019. Sri Lanka is having a hard time to make a mark this time around, and even a non-cricket fan will be able to determine who the winner of this match will be. Australia, despite losing the previous game, is, in fact, playing exceptionally well. We’re sure winning this match on the very pitch must give them a morale boost. It will be the 5th appearance for both teams in the current edition of the ICC World Cup 2019.

n the match against India, the Aussies were visibly struggling to break India’s rhythm. However, India’s batting order did not let anything deter their spirit. Dhawan also managed to score a century. The defeat for Australia is undoubtedly a punch in the gut since they are the defending champions. Will Sri Lanka follow on the footsteps of India and beat the Aussies? Will It be one of those matches that go down in history? Let’s find out what Ganesha has to say about the game.

As per Ganesha’s readings, the team to win the toss will be Sri Lanka. Who do you think will win this match though? Who will outplay the other?

According to Ganesha, the winner of the 20th match of the ICC World Cup 2019 will be Australia.