South Africa vs Afghanistan Match Prediction: Who Will Win SA vs AFG Match? 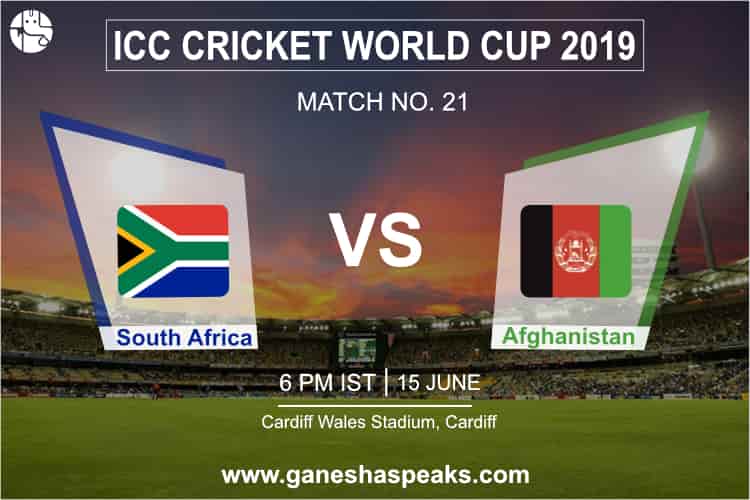 South Africa vs Afghanistan Match Prediction: Who Will Win SA vs AFG Match?

South Africa is all set to take on Afghanistan in the 21st match of the ICC World Cup 2019. Both teams have had a rather slow start this time around. South Africa has been struggling because of the poor form and many injuries. Whereas, Afghanistan is relatively new to the game. However, they’ve been playing exceptionally well in spite of losing matches. In fact, they too have had a bit of controversy revolving around with one of their players.

Quintin de Kock and Faf du Plessis are two exceptional players on the team and make the game entertaining for the viewers with their talent. We even got to see them shine in the IPL 2019. However, sadly, their inputs haven’t been enough to make their team win. As for Afghanistan, the skipper, Gulbadin is also one to look out for. His approach to games is rather practical, given their experience in the sport. However, nothing deters the Afghans from playing to the fullest.

Who do you think will win SA vs AFG and the 21st match of the ICC World Cup? The match between South Africa and Afghanistan is likely to have a predictable outcome; however, luck plays an important part as well. Ganesha has looked into the fate of the game. Let’s find out what His readings have to say.

As per Ganesha’s readings, the team to win the SA vs AFG toss will be South Africa. Who do you think will win SA vs AFG cricket match though? Who will outplay the other?

According to Ganesha, the winner between South Africa vs Afghanistan cricket match and 21st match of the ICC World Cup 2019 will be South Africa.