India vs Pakistan Match Prediction: Who Will Win IND vs PAK Cricket Match? 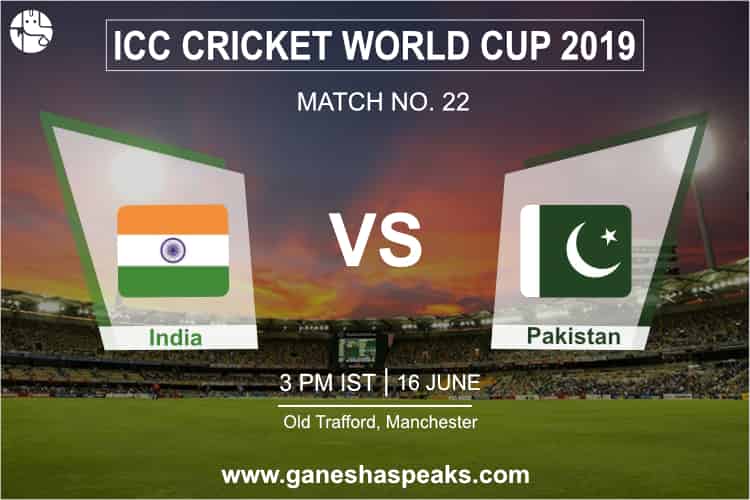 India vs Pakistan Match Prediction: Who Will Win IND vs PAK Cricket Match?

Cricket is indeed one of the most renowned games, and it is played in numerous countries around the world. However, when it comes to India and Pakistan, cricket takes a new meaning in the Asian subcontinent. Even non-cricket fans are glued to the screens when these two mighty teams are up against each other. What makes their duel doubly special is the fact that it will be for the World Cup this time around. India is set to take on Pakistan in the 22nd match of the ICC World Cup 2019. The IND vs PAK Cricket Match will be played at the Emirates Old Trafford in Manchester.

Virat Kohli is a tested captain; however, this match is undoubtedly going to be a crucial one for his captaincy. The same can be said for Sarfaraz Ahmed, the Pakistani skipper. India won two of the three games in this edition of the World Cup. Their third match was called off because of the weather conditions. Sadly, Dhawan will not be a part of the squad because of an injury. However, India’s batting order is strong enough to take on their opponents with ease. Pakistan, on the other hand, has been rather unpredictable. When it comes to playing against India, though, they have a different mindset on the pitch. Even though given the odds, India is the stronger of the two at the moment, one cannot say what will happen in the game. We wonder what the outcome of the game will be. Who do you think will win the 22nd match of the World Cup 2019? Fans of both countries are going to put everything on hold for the game. Let’s find out what Ganesha has to say about who will win the match.

As per Ganesha’s readings, the team to win the IND vs PAK toss will be India. Who do you think will win this match though? Who will outplay the other?

According to Ganesha, the winner of the India vs Pakistan cricket match and 22nd match of the ICC World Cup 2019 will be India.

Get an accurate Finance Prediction of your future just like this one! It's Absolutely Free!
Click on the following to find out more!