England vs New Zealand Match Prediction: Who Will Win, Eng or Nz? 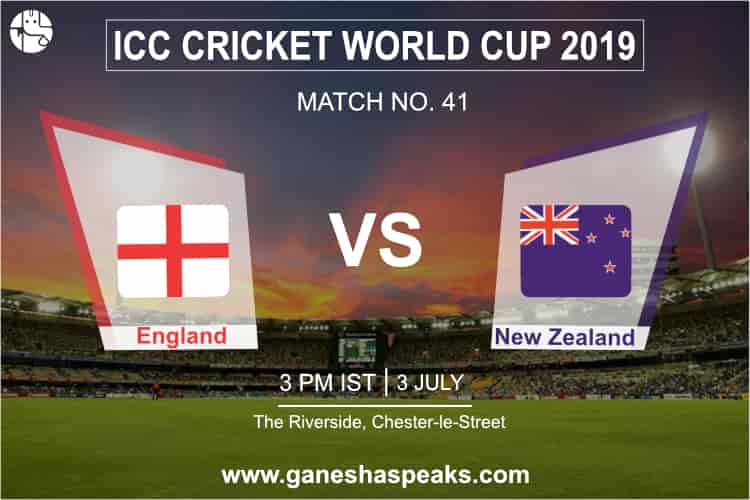 England vs New Zealand Match Prediction: Who Will Win ENG or NZ Match?

England is all set to take on New Zealand in the 41st match of the ICC World Cup 2019. England managed to beat India in their previous encounter and seem to have their dreams of winning the cup intact. It was a first loss for India in this edition of the ICC World Cup 2019. Beating India has not only given England a chance to advance further in the championship but also given their confidence a much-needed boost. They lost to Australia and Sri Lanka. Their match against the latter was one of the biggest upsets of the 2019 World Cup.

New Zealand lost to Australia as well in the 37th match of the World Cup 2019. Ganesha rightly predicted the outcome of the game. While England defeated India, they proved just how seasoned they were in terms of ODIs. With Roy back on the team, England seems to be a lot more in control when it comes to their opening partnership. England will be required to play in the same order even against New Zealand to go through to the next leg of the championship. As for New Zealand, it is their batting order that needs to be worked upon. Even after being unbeaten for six matches, they lost to Australia and Pakistan. Their defeat against Pakistan was another upset.

Who do you think will win the 41st match of the ICC World cup 2019? Let’s find out what Ganesha has to say.

According to Ganesha, the winner of the 41st match of the ICC World Cup 2019 will be New Zealand.